Ensuring Women Safety in Pakistan. A Conversation with the ‘Muhammadans’ 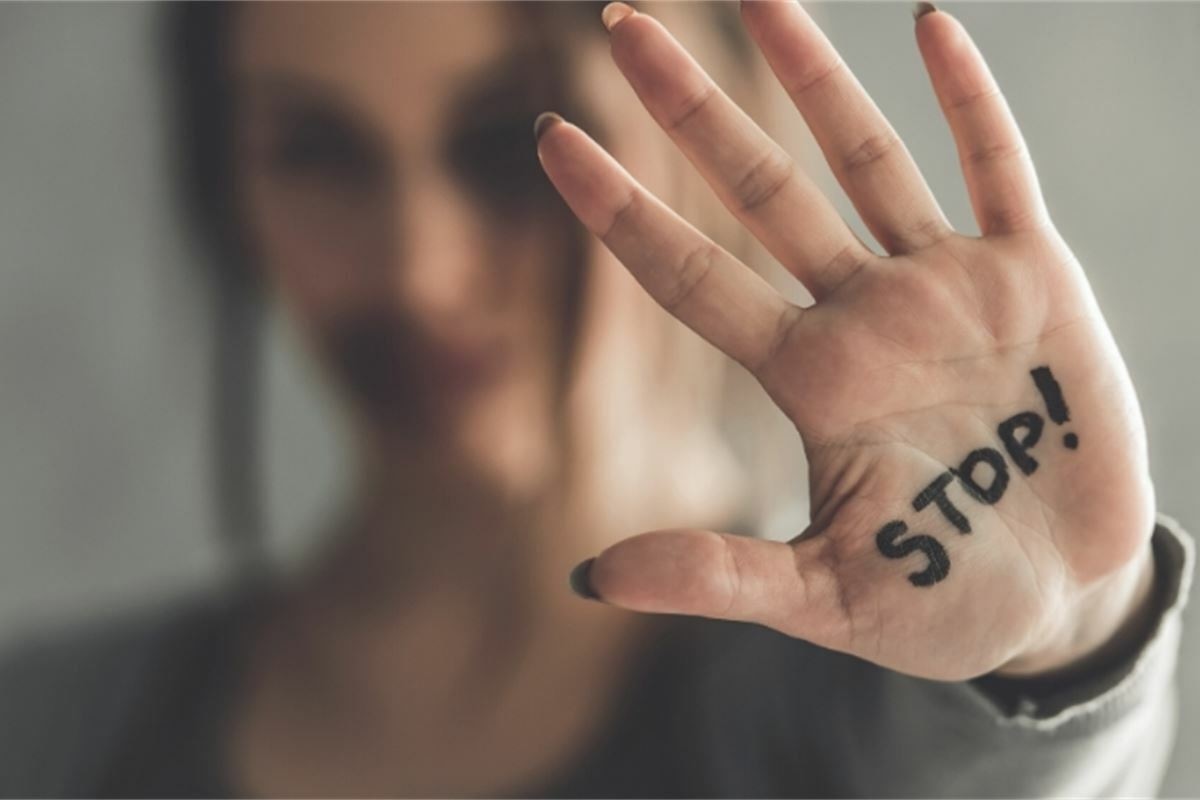 Safe existence is a basic human right, which unfortunately is compromised time and again in the case of gender-based violence and crimes. Though Pakistan has laws and policies lettered against violence, the implementation of these laws in spirit remains questionable to date. In my quest to add to the available body of knowledge in the community archives of legal matters, I reached out to Aaliya Zareen Abbasi and Ambreen Nawaz Ch, High Court Advocates at ‘Muhammadans’. Muhammadans Advocates and Corporate Consultants expanding since 2003 are available for legal aid in the sphere of civil, criminal, banking, family, corporate sector, etc.

At Muhammadans, the associates, interns, and workers are majorly females because they believe in empowering women at the national and the international level through their litigation expertise. Their journey initially started with free legal camps, pro bono cases, and very affordable service charges. Today Aaliya Z. Abbasi and Ambreen Nawaz Ch. are accomplished High Court advocates, diligently striving for women’s rights protection in Karachi, Lahore, Islamabad, Sialkot, and Peshawar. Their consultancy has grown clientele in big corporations such as Standard Chartered Bank (Pak) Limited, M/S Oil & Gas (Pvt.) Limited, Civil Aviation Authority, M/S SiPardigm (Pvt.) Limited, Khyber Bank, and the National Bank of Pakistan.  And they reach out to educational institutes such as NUST, University for Women Satellite Town Rawalpindi, International Islamic University, PIDE, and CUST for community trainings on understanding and compliance with the law.

Dissecting the fictitious cases for general readers, their seriatim responses are as follows.

Physical Abuse by the Husband

Aleena settles for an arranged marriage in her late 20s. She recognizes that her husband has narcissistic traits. One day in a fit of anger, her husband starts throwing fists at Aleena’s body, leaving her sore after a beating but with no visible body marks. As a vulnerable individual, who has made a conscious choice of leaving the marriage, what should be Aleena’s first step to a) report domestic abuse? b) file a legal divorce. c) arrange a safe place to stay?

Muhammadans: When marriages fail, the women, unfortunately, have to undergo lengthy and expensive litigation to get their basic right to maintenance, custody, visitation, and even personal belongings. We would recommend Aleena discuss her situation with her counselor/attorney. She does have a right to seek dissolution of marriage based on the cruelty of her husband to bring this matrimony to an end or in alternative she can seek dissolution of marriage through Khula under the West Pakistan Family Courts Act, 1964 whereby a woman does hold a right to end the matrimony without assigning any reason and the marriage is dissolved forthwith through the intervention of the court. However, in case of dissolution of marriage by way of Khula, the benefits of the marriage are to be returned to the husband. After taking refuge at a safe place, Aleena must report the domestic violence without any delay as it is an offense that needs to be curbed and any delay in such reporting is fatal to the ultimate cause of penalizing such an offender. She should also attempt to record a video of such transgression, assaults, or abuse and keep that artifact/mobile safe where she recorded such happening. The digitally generated evidence is admissible in evidence and can be used against the offender in a court of law. In Pakistan, the Domestic Violence (Prevention and Protection) Act, 2020 passed by the National Assembly; has not obtained the assent of the Senate of Pakistan to date. Despite lacking effective legislation in this regard, a Gender Protection Unit (established by the Federal Government), with the facilitation of female police officials is available 24/7 in F-6 Islamabad, to redress the issues of women including domestic violence. In the case of Punjab or other provinces, it has to be reported to the Women’s Police Station. An emergency call at Rescue 15 is an urgent service to apprehend the harasser.

Beatings by the in-laws:

Just three months into the marriage, Sara’s mother-in-law and sister-in-law were comfortable insulting her, out loud in public.  A year into the marriage, her mother-in-law beat her up and dragged her to the street while she carried her first child. Her husband remained quiet. Now as a wife with a newborn, she seeks legal advice on community support for monitoring her husband’s accountability in fulfilling his marital responsibilities. What should be Sarah’s first step?

Muhammadans: Sara should immediately seek shelter with her family, relatives, friends, or any private shelter home within the vicinity of her residence. She should get her medical done without delay and file a complaint against her mother-in-law so the possibility of future occurrence could be mitigated, if not eliminated. In the meanwhile, she should seek maintenance from her husband, and decide for herself if she wants to continue with the matrimonial bond.  If she plans to leave the marriage, she should reach the family court to seek enforcement of her matrimonial rights, i.e. having a separate home for herself, financial assistance for herself and the minor, and her rights to dower, dowry articles, and personal belongings. She can report the matter to the complaint cell of human rights through its helpline 1099 but as the matter pertains to matrimony regarding which jurisdiction is bestowed upon the family court it has to be seen by that only. As the Enactment of Domestic Violence (Prevention & Protection), 2020 which is premised on an effective system of protection relief, and rehabilitation of women’ children’ elders, and any vulnerable person against domestic violence has not been promulgated as yet hence instead of filing a complaint to the Ministry of Human Rights it would be more efficacious and appropriate to seek the assistance of local police and family court.

Farah is recruited under a boss who has a reputation of being ‘tough’ but with experience over years, she realizes that he is a sadist. There are multiple reports and inquiries about his misbehavior and aggression but he continues to serve in the University.  The continuous verbal and psychological abuse gave her chronic mental illness. Which state department should she approach?

Muhammadans: Farah must seek consultation from her counselor/attorney in handling the situation.  Before filing any complaint, all the pros and cons should be evaluated, as the process of litigation isn’t feminist-friendly and it may retort back in the absence of proper evidence. In Pakistan Protection of women against harassment at Workplace Act, was promulgated in 2010 whereby any harassment could be reported either to the Federal or Provincial Ombudsmen appointed for redressal of such grievances. Since Muhammadans have dealt with more than 32 cases of the type, at times the issues are directly resolved when reported at the Ombudsman forum. Farah can opt to file a complaint before the grievance committee of her organization but again I would strongly urge or recommend her to file a complaint until she doesn’t have solid evidence transpiring bias and until the expectation of her coming out triumphant in such a complaint are eminent. The cases of workplace harassment are to be cautiously proceeded with. In case she fails to prove it, the harasser will take advantage to file frivolous litigation for which yet limine control is not judiciously exercised in our justice system.

Sadia was a junior researcher at a renowned TV channel and did not mind the late-night texts of her senior colleague as feedback on her reports.  However gradually it all started taking a bad turn with his senior making frequent sexual innuendos and putting her in discomfort. He started propagating lies, threatening to malign her work ethic, restrain her promotion, or even worse her termination from the office. Since the harassment has gone overboard, what measures should Sadia take?

Muhammadans: The legislative enactments have envisaged a zero-tolerance policy against harassment. Under the Protection of Women against Harassment at Workplace Act, (2010) and its ancillary Rules of 2013, a code of conduct has been devised by the legislature in Pakistan to be strictly adhered to by all companies, corporations, firms, and private businesses, industrial concerns, and establishments. Every organization must have an Inquiry Committee and non-implementation of the same is punitive, as hefty fines are levied. Such complaint by the aggrieved employee can be filed either before the three-member Inquiry Committee (out of which one must be a female) of the organization or the Ombudsperson (Federal or Provincial, whatever may be the case due to territorial jurisdiction) and redressal can be obtained within 60 days. It must be noted that the following penalties can be awarded to the said harasser/accused: Minor penalties: (a) censure; (b) withholding, for a specific period, promotion, or increment; (c) stoppage, for a specific period, at an efficiency bar in the time-scale, otherwise than for unfitness to cross such bar; (d) recovery of the compensation payable to the complainant from pay or any other source of the accused; Major penalties: (a) reduction to a lower post or time-scale, or to a lower stage in a time-scale; (b) compulsory retirement;(c) removal from service; and (d) dismissal from service (e) fine; a part of the fine can be used as compensation for the complainant. In this specific scenario, Sadia should report such conduct of her colleague/senior to her internal Inquiry Committee or the Ombudsperson as the case may be, but she should know that choosing the forum will be of significance in the procedure. Sadia must collect all evidence as innuendoes only are hard to prove and must bring witnesses as circumstantial evidence who may corroborate the acts and conduct of the harasser/accused as alleged by Sadia, the complainant.

The writer is a Doctoral researcher at Quaid-i-Azam University, Islamabad.