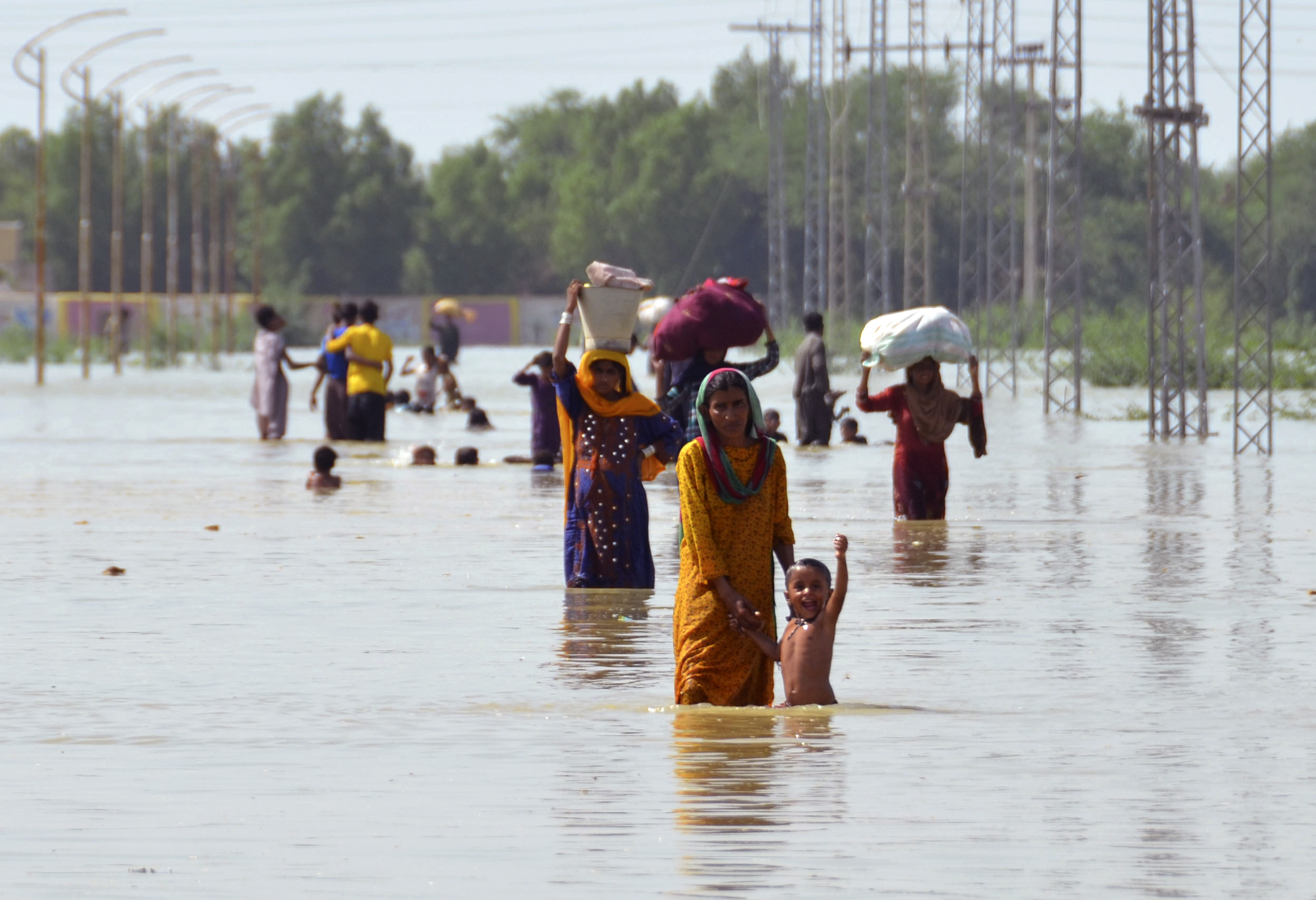 MULTAN: Poets and writers have joined relief activities in flood hit areas of south Punjab like people from other walks of life.

A poet from Dera Ismail Khan Makhmoor Jafri was seen on social media platform unloading sacks of wheat flour from a relief goods truck and later helped in reaching out to the affected people for its distribution.

Noted poet who is doctor by profession, Dr. Ali Shazif set up medical camp in Muzaffargarh surrounding areas. He told that writers and poets can not stay isolated in such testing times when hundreds of thousnds of people were facing hardships after floods swept away their homes, belongings and caused deaths of many people.

Ali Ammar Yasir heaped praise on the people who supported poets and writers in their efforts to extend support to the flood hit people.

The disaster could not have come at a worse time for Pakistan, where the economy is in free fall.

Appealing for international help, the government has declared an emergency.

Aid flights have arrived in recent days from Turkey and the UAE, while other nations including China, Canada, Australia and Japan have also pledged assistance.

The United Nations has announced it will launch a formal $160 million appeal on Tuesday to fund emergency aid.

Pakistan was already desperate for international support and the floods have compounded the challenge.

Prices of basic goods — particularly onions, tomatoes and chickpeas — are soaring as vendors bemoan a lack of supplies from the flooded breadbasket provinces of Sindh and Punjab.

There was some relief on Monday when the International Monetary Fund approved the revival of a loan programme for Pakistan, releasing an initial $1.1 billion.

Makeshift relief camps have sprung up all over Pakistan — in schools, on motorways and in military bases.

In the northwestern town of Nowshera, a technical college was turned into a shelter for up to 2,500 flood victims.

They sweltered in the summer heat with sporadic food aid and little access to water.

“I never thought that one day we will have to live like this,” said 60-year-old Malang Jan.

“We have lost our heaven and are now forced to live a miserable life.”