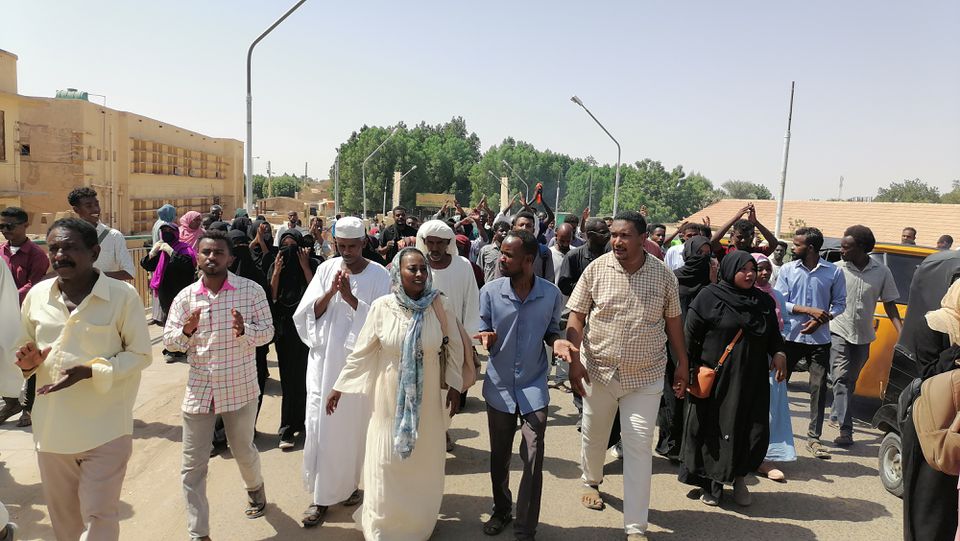 Sudanese journalists defend freedom by forming union. Sudanese journalists have formed the country’s first independent professional union for decades, in what campaigners said was an important step towards re-establishing freedoms after a military coup.

“The victory is to regain our syndicate after more than 30 years in order to defend the freedom and professionalism of the press,” said one journalist Waleed Alnour, who waited hours in the sun to cast his vote in an election for the union’s leadership on Sunday.

Shadow unions that sprang up in opposition to autocrat Omar al-Bashir. They packed unions with regime-friendly members, were instrumental in an uprising that toppled him in 2019.

A military coup last October ended a power-sharing arrangement with civilians that followed the uprising.

The coup also led to the suspension of a radio station, and some TV journalists were subject to attacks, raids or arrests that they blamed on security forces and loyalists of the former regime.

Journalists aligned with Bashir had attempted to prevent Sunday’s vote going ahead by raising an ongoing legal complaint, saying the syndicate could not replace the pre-existing Bashir-era union.

However, election committee head Faisal Mohamed Salih, who served as information minister in a civilian-led government between the uprising and the coup, said the vote “was executed in a completely democratic way… smoothly and with a high turnout and excitement among the journalists”.

Civil society observers, including some from opposition lawyers’ groups, attended the election.

Abdelmoniem Abu Idrees, a journalist working for international news agency Agence France-Presse (AFP), was voted head of the syndicate. Votes were being counted for the rest of the union’s 40-person leadership.

The Bahri resistance committees, one of the groups leading ongoing protests against military rule, said in a statement the election was an important step.

“We can only support it, as it lays the groundwork for one of our uprising’s core demands, and that is democracy.”