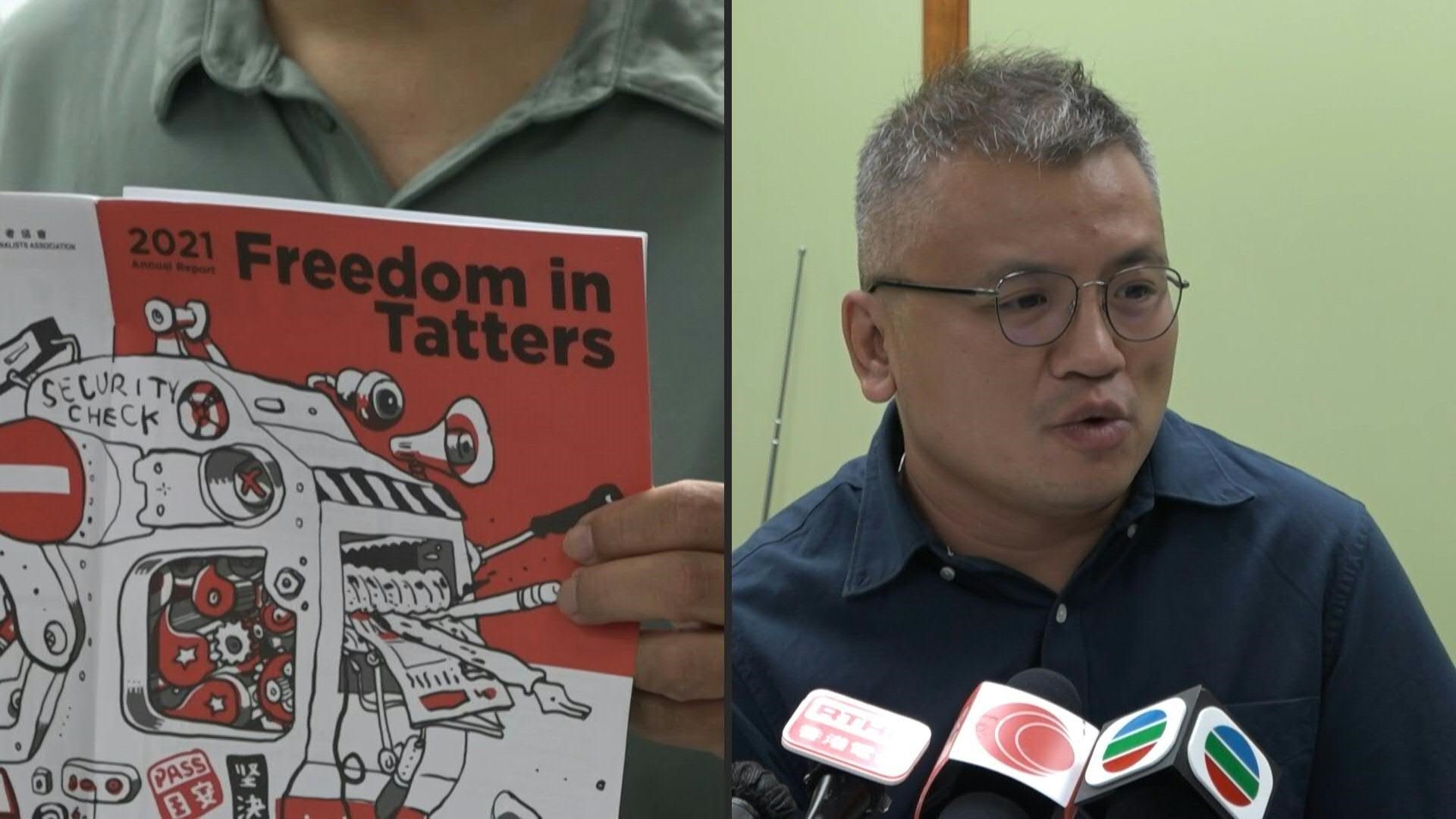 Hong Kong’s press freedoms are “in tatters” as China remoulds the once outspoken business hub in its own authoritarian image, the city’s main journalist union said Thursday, adding it feared “fake news” laws were on their way.

“The past year is definitely the worst year so far for press freedom,” Ronson Chan, chairman of the Hong Kong Journalists Association (HKJA), said as the union published its annual report. The report referenced a cascade of events impacting the press since China imposed a sweeping national security law on Hong Kong last summer to stamp out dissent after huge and often violent democracy protests the year before.

Authors pointed to the jailing of pro-democracy media tycoon Jimmy Lai and the freezing of his Apple Daily newspaper’s assets — a move which led to the Beijing-critical tabloid’s closure. More than 1,000 people, including 700 journalists, lost their jobs while Lai and multiple Apple Daily executives are currently behind bars, charged with trying to undermine China’s national security. The HKJA’s report also accused authorities of turning the city’s public broadcaster RTHK into “a government propaganda apparatus” by sacking critical staff and cancelling current affairs shows. Accessing public databases was also becoming harder, the report warned, highlighting how one RTHK journalist was convicted for using vehicle licence plates for an investigation into a violent attack on democracy supporters by government loyalists.

The government has also sought to restrict journalists from accessing the identities of company owners on the city’s registry, a move criticised by financial transparency groups. “Suppression from the authorities is felt across different forms of media,” the report warned. “Freedoms have seriously deteriorated under a repressive government.” Chan said he feared further legislation was now in the works to restrict the media. Top officials and pro-Beijing lawmakers in Hong Kong have called for “fake news” laws, something activists fear will be used against coverage authorities dislike.

“There are already many knives hanging over journalists’ heads like laws against sedition and incitement so we do not need one more named a fake news law,” Chan said. Hong Kong has plunged down an annual press freedom ranking by Reporters Without Borders, from 18th place in 2002 to 80th this year. Mainland China languishes at 177th out of 180, above only Turkmenistan, North Korea and Eritrea. Multiple international media companies have regional headquarters in Hong Kong, attracted to the business-friendly regulations and free speech provisions written into the city’s mini-constitution. But many local and international outlets are questioning whether they have a future there.