Game On! Green On! 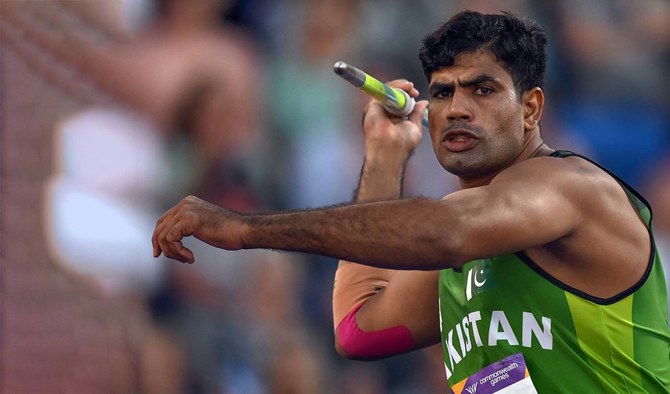 Game On! Green On! As Arshad Nadeem’s javelin crossed the 90m mark and the Pakistani flag hoisted a top in silent pride, the nation gushed in green glory!

The athletes’ performance at the CWG 2022 brought salvage to a nation in suffering. It has been a welcome change amidst the current economic and political upheaval that has engulfed the country for several months. The political charades have brought nothing but shame to the country. The power play has been nothing short of madness with theatrics in the highest political cadres and midnight gavels hammering assemblies in and out of order.

The economic meltdown added insult to injury. The insensate and apathetic imposition of taxes over and above the spine cracking inflation only but thrusted the common man six feet under. So, amidst the endless streak of misfortunes Arshad’s herculean throw pierced through the frustration that had been building up and pitched the apocalyptic divinations right at the heart.

Just as when several quarters had prophesized the economy’s death by dollar, these gifted athletes gave us a bolus of hope. Though briefly, our conversations changed. Instead of fuel prices, ‘dharnas’ and dollar, we were now talking about Shajar making it to the 200m race! Despite our lack of sporting knowledge, (there are after all sports and games other than cricket) we tuned in to see our weight-lifters, boxers and wrestlers in action.

Our CWG contingent is not just returning home with 8 medals but with 8 powerful stories of underdogs who devoted themselves to their passion. The stories of this self-trained, self-financed, earthy lot need to be shared with the disillusioned and emotionally scattered youth of this country. These are the real heroes and influencers who the younger lot should be looking up to. They have traveled in the same buses, sweated through the same ques. Their stories of success may just inspire the next Phelps or Bolt out of the deepest ‘mohalla’ or uncharted ‘basti’.

Our prime-time television is unfortunately marred by political cacophony. We are subjected to the banal narratives and diatribes by the same bickering, mud-slinging lot that is anything but inspiring. All this while the real heroes and influencers go unnoticed, un-acknowledged, lost between the headlines.

Of the umpteen entertainment channels marauding the airwaves, would anyone choose to honour the struggles of these dark horses in a decent screenplay? We are gaslit into believing that whatever is shown on our television is what the public demands. Assuming that is even the case I wonder how scrupulously screwed one must have to be to obsess over relational, household politics being aired repeatedly and still wanting more? If this is the horrific level of regression in our intellect as a nation, then we owe evolution an apology. But if this is the commercial escape goat that I pray to God it is, (still horrified at the solemnity of former scenario), then our creative content makers need to set their creative priorities.

Sports especially athletics have long been neglected. Majority of our athletes come from small towns, either self-trained or under a local coach at best, they come with minimum resources, pitching in personal fortunes to attain decent sporting gear. All they have in abundance is hope and prayers from families and friends that drives them to international events.

Nearly all athletes at the CWG 2022 shared the same grievance; lack of support from the government. Several had never been to an international event and lacked knowledge of international rules and regulations as well. Yet, they lasted and rose purely on the basis of their raw talent and skill. Imagine what wonders they could bring about with appropriate support, even endorsement.

Corporate sector needs to step up and give these shining stars a hand. While endowing a celebrity status as that of cricketers remains a far-shot, they at least deserve decent sporting kits and gear to begin with.

This year has been land slide when it comes to Pakistan’s visibility in arts, culture and sport. From being honoured at the Oscars and the Grammys to having our actors appearing in the Marvel Franchise that portrays the very first desi super-hero. Game On! Green On!