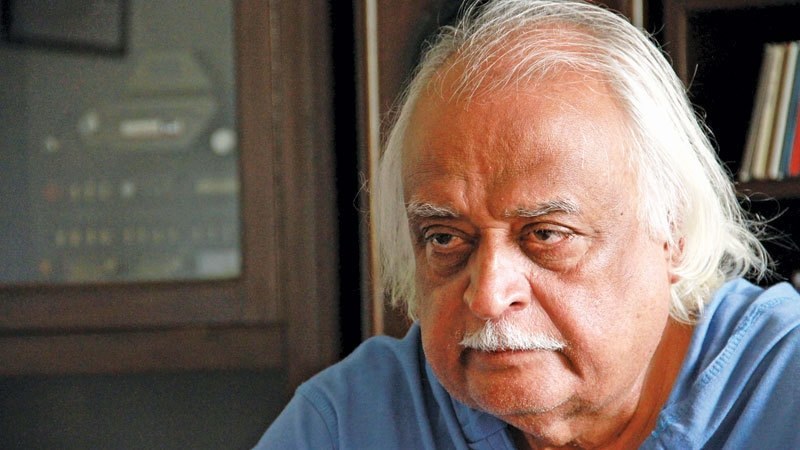 The Unspoken Narrative of Partition – Anwar Maqsood’s Play has released by Kopykats with its new promotional videos. Creating more anticipation among viewers who are eagerly waiting for the final part of famed playwright Anwar Maqsood’s theatrical trilogy ‘Saadhay 14 August’. The play depicts Pakistan’s Leader Quaid-e-Azam Muhammad Ali Jinnah and Indian Congress Leader Mahatma Gandhi. It portrays the elicit of their motives and reasons to see through the partition of the sub-continent.

Also, The teaser that dropped on Monday came with a lyrical and captivating caption. It mentioned as, ‘Those who left behind are in misery. Those who were uprooted are in misery.’ Directed by Dawar Mehmood and Anwar Maqsood’s. Saadhay 14 August will be premiering at Karachi Arts Council on August 14, on the Independence of Pakistan.

The recent promotional teaser showcased the voices of three diverging sides, Jinnah, Gandhi and the British. And every single time a member from a party gave their reasons or ideas what seemed like a droplet of blood fell on the ground. Certainly, It is creating a hard-hitting reality that goes unsaid every time partition is talked about. The spokesperson for the British acknowledged the “members of the constituent assembly”. And said he has a “message from the king”. In reply Jinnah urges, “We want the division of India into Hindustan and Pakistan because that is the only practical solution.” While Gandhi, who claims himself to be a soldier of peace, said, “It is complete independence that we want.”

When all three sides fall silent, three representative drops of blood fuse together and extend. Surging towards the plains of the land. In the background, one can decode the low murmur of voices that quickly escalates into a full-on argument cut-off by screams. It morphs into a red line made from the prior single drops of blood, which ultimately becomes the dividing line between Pakistan and India. The viewer can hear the narrator’s voice after the camera angle depicts the scene of a mapped version of two separate nations, which says, “Hindu India and Muslim India must be separated.”

The acclaimed playwright set in motion the workings of this play 10 years prior to its slated release. The series was first initiated under Pawnay Chauda August. The next instalment in the series was Sawa Chauda August, which was also as equally praised as its first part.

No 14th August play is in store yet. The Hilal-e-Imtiaz recipient told Images his reason for that: “I won’t be writing that because to my mind. Pakistan hasn’t yet seen a 14 August worth celebrating.”

He has expressed, “In the play a man files a case against Quaid-e-Azam Mohammad Ali Jinnah and Gandhi. As to who is responsible for the decline of a huge state. Such as India three countries  made out of it. . They cities are: Kashmir, Lahore, Delhi and London. So, the play is divide of four parts. First the Quaid and Gandhi go to Kashmir, then Lahore, Delhi and London.”

Salman Hussain and Dawar Mehmood, the producer and director of the play, have said, “We are very excited for it. It’ll happen immediately after Eid. The drama will run in Karachi for two months. After that it will travel to Islamabad and Lahore.”