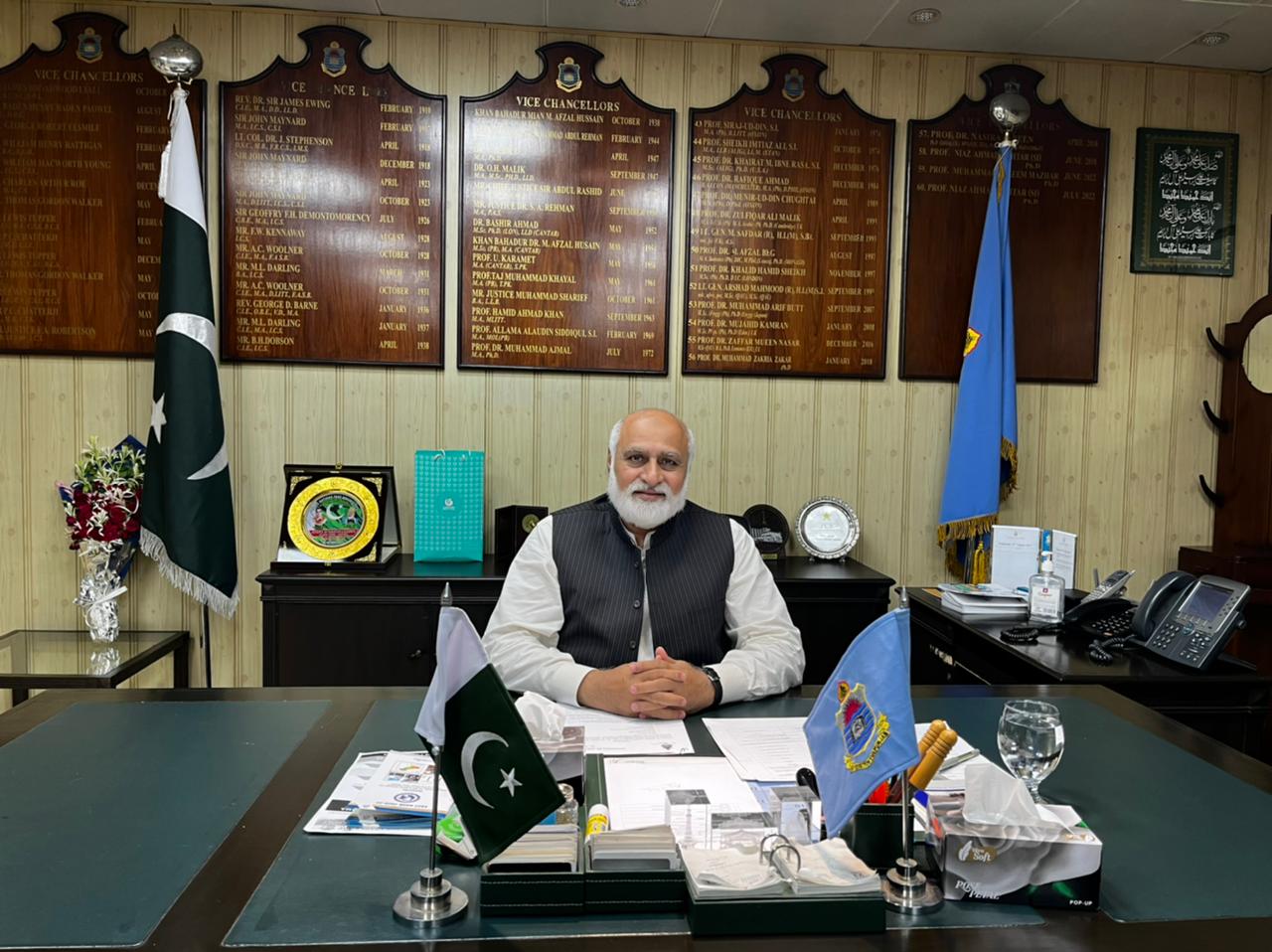 Vice-Chancellor University of the Punjab and Vice-Chairman Pakistan Engineering Council Prof. Dr. Niaz Ahmed Akhtar says governance is the most serious of the four issues that the university faces.

In an interview with the writer over a cup of tea in his office at the university, Dr Niaz said four to five VCs had been changed in one year from 2017 through June 2018.

“The NAB held accountable nearly five to six registrars for an explanation. Another unfortunate situation at hand was that 40% of the departments had no heads and assistant professors head them,” he said.

He said the heads of statutory bodies, which were essential to run the university, had not met in the last decade and it was to his credit that he kick-started their meetings again.

Dr Niaz said same curriculum was being taught for the last 30 years. Besides, there were just 15 to 16 members for a total of 3,000 students, which spoke of the shortage of the staff.

Talking about the approach of his predecessors in the last four decades, Dr Niaz said not a single VC in the past focused on research and innovation and character-building of the students.

“I focused on resolving all such issues like the inter-student group clashes, revising the syllabus, trust-building among students, and stagnant promotions, thus re-building a collapsed system. All these steps improved the position of the university in the QS rankings, Asian, and also subject-wise rankings. I elevated the university from 90 to 100 ranks upward,” said Dr Niaz.

“I along with my team regularized the meetings of the statutory bodies and reinstated nearly 50 programs after making sure we had enough faculty, infrastructure, and innovative syllabi to make them stand out.”

“Programs such as social policy and social entrepreneurship have never been taught before in Pakistan, but the Punjab University is the first university to launch them. In short, we have started offering non-conventional programs. Earlier, there were 700 faculty members in 2017, but we have hired another 700 faculty members, mostly PhDs, till 2022,” said Dr Niaz.

When asked why the Pakistani students were unable to launch their own start-ups, Dr Niaz said the economic impact of research was important.

“For this reason, we established a social entrepreneurship center and asked our teachers and students to start research in three dimensions: identify the problems of society, propose solutions, and convert the solutions into a business. Furthermore, I asked that the universities such as IBA Karachi and LUMS have academia-industry linkages and they make sure that they fund the relevant departments/labs in order to make it easier for their students.”

Asked if the university had any plans in that regard, Dr Niaz said, “Our university and alumni fund CSRs, also in order to develop labs. For instance, an alumnus of Hailey College is investing PKR10 crores to build an department.”

The PU vice chancellor said since the university’s expansion was manifold in terms of departments and faculty, he wanted to build a strong mechanism for their sustainability i.e. providing funds and resources. The model I have built needs to be sustained, he added.

Elaborating on the topic of why the Pakistani students were unable to compete in the international markets, Dr Niaz said that the university was working on research and innovation to make the students competent ‘provided we have funding and governance ensuring merit and law, which were previously absent.’

The VC reiterated the importance of internationalization of any educational institute in Pakistan. For instance, he said, a student of PUCIT, Shafiqa Iqbal, was recently hired by Google.

“Is this a lesser achievement? We tend to encourage more and more students to follow that path.”

When asked how he had transformed the culture, and male-female interactions at the PU along with managing the student unions, the VC remarked, “We have a uniform policy for everyone, be it a teacher or a student, which has regularized a sound culture and ended toxic politics on the campus.”

When asked how as an educationist he dealt with the politically unstable scenarios in the country, Dr Niaz asserted that he had worked with nearly all the political parties in Pakistan.

“All such party officials are aware of the fact that I only work on merit; therefore, working with them has never been an uphill task for me.”

When asked why the HEC had been allowed to conduct entrance tests for all the programs at the PU, Dr Niaz said students from all across Pakistan came to take admission in the PU. For this reason, a national commission was necessary to conduct a uniform test since all provinces have their respective boards and bodies.

Dr. Niaz has published/edited four books on quality assurance in higher education in Pakistan. He has published research articles in journals and served as Editor of the Journal of Quality & Technology Management.