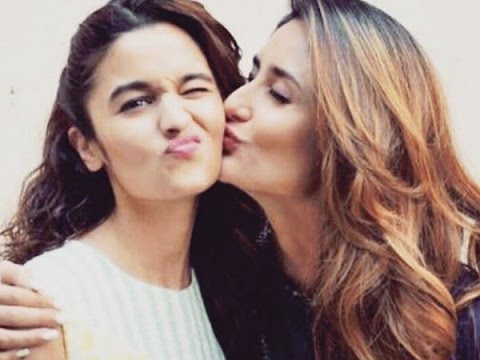 Alia Bhatt is currently at the peak of her career in Bollywood. She is all set to embrace motherhood this year. While her decision to have a kid so soon after marriage met with some criticism. She has also been garnering praise and support from all quarters.

The latest one to join the bandwagon of people showering praise on Alia’s decision is none other than Kareena Kapoor Khan. According to Bebo, it is the bravest and coolest decision for Alia. She is promoting her film, looking ravishing as ever. Kareena also stated that the young diva is the biggest star in the industry today and she is not just saying this because she is a part of her family now. Alia is a spectacular actor, Bebo told a news portal.

Elaborating further, Kareena added that after delivery, Alia will go on to do the best of films. According to Bebo, Alia has stood up for the most beautiful feeling. She said, ‘I want to have a child with the man I love.’ She wants to experience the most beautiful thing in life, and Kareena loves her more for that.

Alia is currently promoting her upcoming film, ‘Darlings’ which also marks the actress’ debut as a producer. The film slates for a release on August 5 on an OTT platform and also stars actors like Shefali Shah and Vijay Varma in lead roles.

Kareena, on the other hand, is awaiting the release of ‘Laal Singh Chaddha’ with Aamir Khan. It will hit the theatres on August 11, 2022.

Kareena Kapoor Khan, who worked throughout both her pregnancies, recently opened up about Alia Bhatt doing the same.
Kareena revealed that she was five-and-a-half months pregnant when she was shooting for her upcoming film, ‘Laal Singh Chaddha’. Talking about Alia, Bebo added that even she is doing the same. According to her, it is up to the person to break boundaries and take up the challenge.