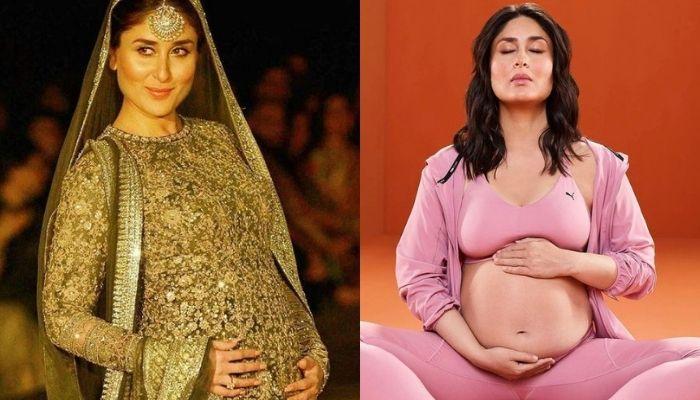 Rumours about Kareena Kapoor Khan getting pregnant for the third time spread on the internet. The rumours spread soon after the pictures and videos of hers along with husband Saif Ali Khan and their two munchkins from London vacation went viral.

Bollywood diva, Kareena Kapoor Khan is currently vacationing at exotic locations with her family. From clicking lovey-dovey selfies with her husband, Saif Ali Khan, near the English Channel in England to exploring the food hubs of London, Bebo is enjoying one of the best days of her life. However, a recent picture of Bebo and Saif posing with their fan in London has been doing rounds on the internet as it has sparked Kareena Kapoor’s pregnancy rumours.

She had earlier rubbished the rumours about her third pregnancy saying that her bloated tummy was a result of wine and pasta.

Now, during her recent interview with a leading daily Kareena again reacted to the pregnancy rumours and said, ‘Chill, we are also human beings’. What do you mean ‘is she pregnant? Is she having another baby?’ Am I some machine? Leave the choice to me.’

She added further and said,  I am an actor who has, in fact, been the most honest! I was working in the fattest stage of my life, when I was eight-nine months pregnant. I am somebody who doesn’t hide anything, or says I am always going to be perfect. Everybody is allowed to lead their lives also.’

The rumours spread by the netizens and media is what they want to share which disturbs our privacies.