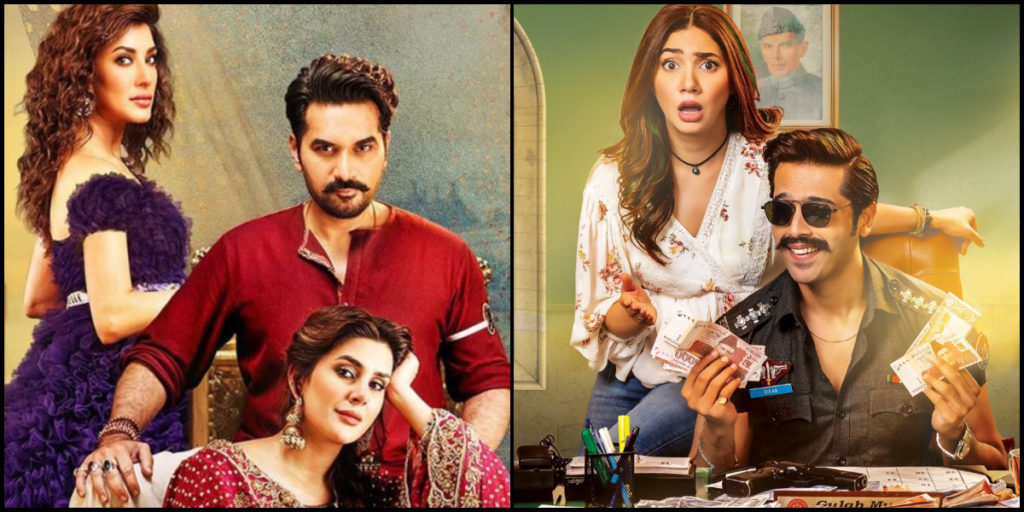 ISLAMABAD: The big budgeted Eid films ‘London Nahi Jaunga’ and ‘Quaid-e-Azam Zindabad’ have achieved great at both the global and Pakistani box office since their release, anticipating huge success in upcoming days.

Both the films have been in a race of leading the box office since their release while keeping the viewers mesmerised with star-studded cast, glamour, eye-catching cinematography and heartwarming story line.

According to the twitter handle of a box-office tracking portal in Pakistan called Entertainment Pakistan (EPK), till now London Nahi Jaunga has topped the chart with over PKR 150 million box office collection for its 7 days of total screen time in Pakistani cinemas. While Quaid e Azam Zindabad is just right behind with over PKR 90 million box office collection domestically for the same time period.

The Humayun Saeed, Mehwish Hayat and Kubra Khan starrer film has been a success internationally and domestically with its impressive box office collection.

According to trade analyst Ali Zain, London Nahi Jaunga has scored massively from overseas as its worldwide tally crossed the PKR 200 million mark on its sixth day of release making it a smashing hit blockbuster of this Eid.

Next in line, Fahad Mustafa and Mahira Khan starrer ‘Quaid e Azam Zindabad’ had focused on four traditional markets globally including US, North America, UK and UAE. The film roped around PKR 29 million in six days while anticipating to reach the PKR 30 million mark till the end of the week, shared Mr. Ali Zain via his official YouTube platform ‘Box Office Details’.

Since the unexpected low business of Pakistani cinemas on Eid-ul-fitr, this time these two films have made a great impact for the film industry which is expected to be furthered with more positive growth in upcoming days.