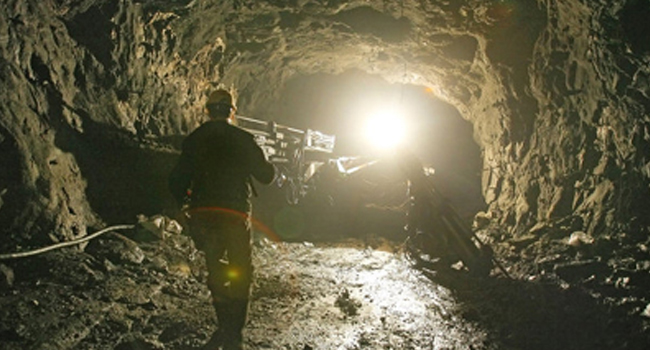 THATTA: A rescue operation has been underway in the Jhimpir coal mine to safely evacuate 10 miners trapped in the mine since yesterday.

Ten miners were trapped in the coal mine in Jhimpir yesterday after it was flooded with rainwater. No mine worker has yet been taken to safety from the coal pit.

Local laborers, 1122 emergency service rescuers, and the district administration of Thatta have been involved in the rescue operation to safely evacuate the trapped miners.

The miners were trapped after rainwater flooded a coal mine near Jhimpir on Tuesday.

Sindh Energy Minister Imtiaz Ahmed Shaikh has said that a rescue operation has been underway for evacuating the miners from the mine.

Last year, six miners were working in a coal mine near Jhampir, when it collapsed. The rescue teams managed to retrieve the bodies of three laborers.

Coal miners have to work in dangerous conditions in Pakistan with poor safety measures.

Frequent incidents of explosions caused by the accumulation of poisonous gases in mines and the collapse of mines shelves often prove fatal for miners.

According to the Pakistan Central Mines Labour Federation around 200 miners die and hundreds of others are injured in frequent accidents in coal mines only in Balochistan province every year.