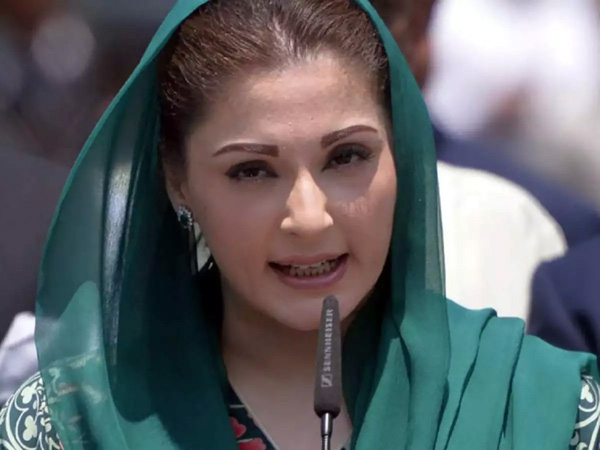 Pakistan Muslim League-Nawaz Vice President Maryam Nawaz said on Sunday that the PML-N led coalition government had to take tough decisions including increase in petroleum prices with heavy heart because of wrongdoings of the Imran Khan led past government.

Addressing the party workers in PP-158 Dharampura here, she said that Imran Khan had made a tough agreement with IMF (International Monetary Fund) wherein the conditions were even worst, adding that Prime Minister Shehbaz Sharif assured that as soon as even a dollar in the rate of crude oil drops, he would bring the price of gasoline down in the country.

Maryam Nawaz mentioned that the Pakistan Tehreek-e-Insaf (PTI) was the only political party who was the sole responsible for the rising inflation and tanking economy, saying that PML-N leadership had the ability to bring the country out of prevailing challenges created by previous incompetent and corrupt government. The present government was working hard to resolve the problems faced by the people including the load-shedding, price hike and others, she asserted.

She said that the credit of eliminating load-shedding from the country went to the PML-N government to its previous term which ended in 2018 but the incompetence of the PTI government again pushed the country into darkness and the people were facing power crisis.

Maryam said Imran wanted to take revenge from Punjab knowing that Punjab would never vote for him, which is why he did not construct any road, hospital or school nor did he give free medicines to the people. She said the son of Imran’s first wife became a billionaire because he was given commission in every contract. PTI tried to create anarchy in the country however the people recognized their real face and intention, she added.

She predicted that the PML-N will stand victorious in the by-elections in the province, saying that the solution of the people’s problems was with the PML-N.

She said that PML-N had given mega projects like CPEC, Metro Bus, Orange Line Train, Motorways and others to the people of the country and on the other hand Imran Khan’s mega project was Farah Gogi and Bani Gala money trail. She said an alleged audio tape was leaked last night, in which Imran Khan’s wife Bushra Bibi could be heard giving orders to PTI social media head Arsalan Khan to accuse the former opposition parties of treason.

PML-N vice president said that Punjab government led by Hamza Shahbaz making efforts to facilitate the people of the province by providing subsidy on edible oil, pulses, flours and medicines, adding that the CM Punjab Hamza Sahbaz would also announce Punjab’s mega relief package tomorrow. She also applauded PML-N ticket holder from the constituency for standing by the party.