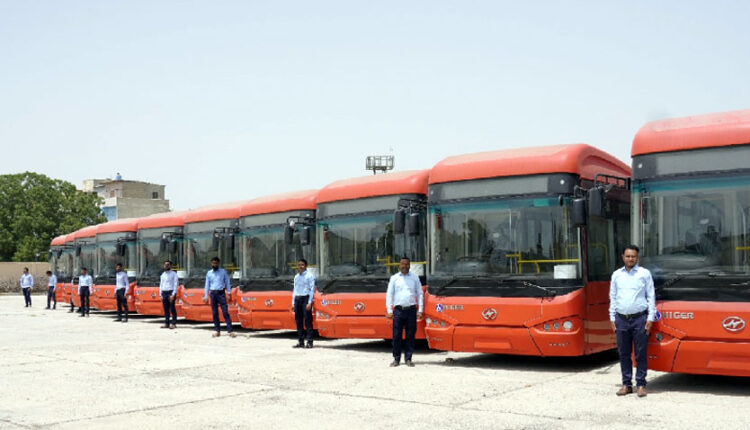 KARACHI: Sindh Chief Minister Syed Murad Ali Shah along with his cabinet members on Friday took a ride in the Sindh People’s Bus Service (PBS). Karachi Metropolitan Corporation Administrator Barrister Murtaza Wahab,  in a post on his Twitter handle, said the chief minister rode on the PBS bus from Metropole stop and during travel shared views with the passengers.

“Chief Minister #Sindh travelled on the new #Sindh Peoples Bus Service from Metropole Stop & interacted with commuters who were extremely happy with the service & requested for expansion of this facility. They were happy to see their CM personally checking quality of service.”