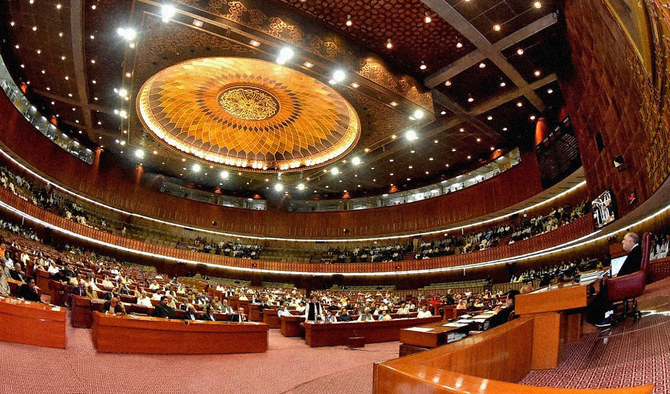 ISLAMABAD: The National Assembly on Tuesday approved three demands related to the grants for the Ministry of Information and Broadcasting worth more than Rs 10.83 billion.

For that matter, the Minister of State for Finance Aisha Ghaus Pasha presented a demand of Rs 2.82 billion, however, 12 cut motions were put forward against it by the opposition lawmakers, which included Dr. Afzal Dhandla and Ms. Javaria Zafar Aheer belonging to the Pakistan Tehreek-e-Insaf.

Initiating the discussion on cut motions, Dr. Muhammad Afzal Dhandla said that it was the age of electronic media, while also recalling that whenever the drama used to be aired on the PTV, the markets used to get closed by then. Javaria Zafar said that journalism was an important pillar of the state and regarded the journalists as the most valuable asset.

In 2021, she said around 86 journalists were tortured, while private media workers also faced salary issues in the past. She also urged the Ministry of Information to take the required steps for prevention of fake news appearing through different modes of media.

Minister of State for Finance Aisha Ghaus Pasha also presented another demand for grant worth more than Rs. 1.33 billion, which was also approved by the House. Interestingly, no cut motion was presented on this demand for grant.