PM warns of increased load shedding in country in July 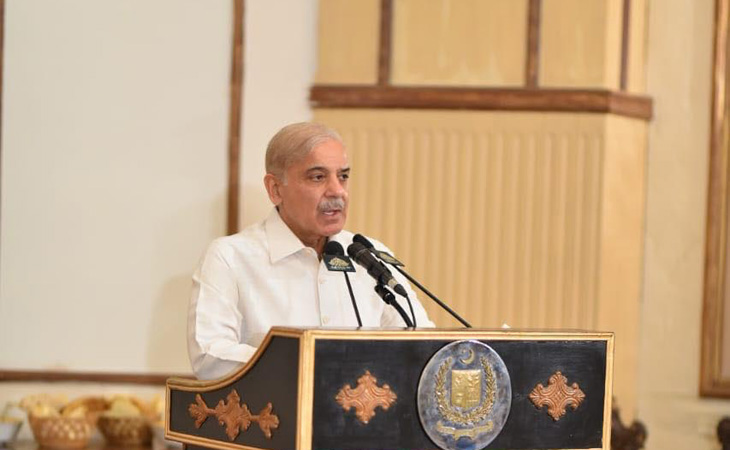 Prime Minister Shehbaz Sharif Monday said that the country might face increased load shedding in the coming month of July.

His comments came during a meeting with the PML-N members of the National Assembly and allied parties in the federal capital. PM Shehbaz said that Pakistan could not get the required liquefied natural gas (LNG) supply, however, the coalition government was trying to make the deal possible. The premier said that the country will soon strike a deal with the International Monetary Fund (IMF). He added that Pakistan has escaped from being bankrupt. “The rich have been taxed directly for the first time and the country is expected to receive Rs200 billion from the elite class,” said the PM.

Meanwhile, Prime Minister Shehbaz Sharif approved the import of super-critical quality coal from Afghanistan in Pakistani rupee instead of dollars to help generate low-cost electricity. Chairing a meeting to improve the mechanism for transportation of Afghan coal, Shehbaz expressed concern over the rising price of coal in the international market.

He said the rise in coal price was also one of the reasons behind the generation of expensive electricity by the coal power plants operating in the country. He viewed that the import of Afghan coal in Pakistani currency would save the foreign exchange. The prime minister was told that the import of Afghan coal – initially for Sahiwal and Hub power plants – would save around $2.2 billion annually. Shehbaz directed the authorities concerned to devise an effective mechanism for the purpose to help generate low-cost power generation and provide relief to the domestic and industrial consumers.

On his Twitter handle, the prime minister said that polio was a deadly virus that threatened the future of the children. He also regretted that the disease had not been fully eliminated from the country. The polio campaign was being started today and would target 25 most vulnerable districts, he added. “Polio is a deadly virus that threatens not just life but also the future of our children. It is regrettable that we have not fully eliminated it so far. Polio campaign starting today aims to target 25 most vulnerable districts. Let us make it a success; defeat polio, once for all,” the prime minister posted a tweet.

During the meeting, they discussed the political situation as well as the development works. Meanwhile, MNA from Gujranwala Usman Ibrahim also met the prime minister and discussed the matters of mutual interest.