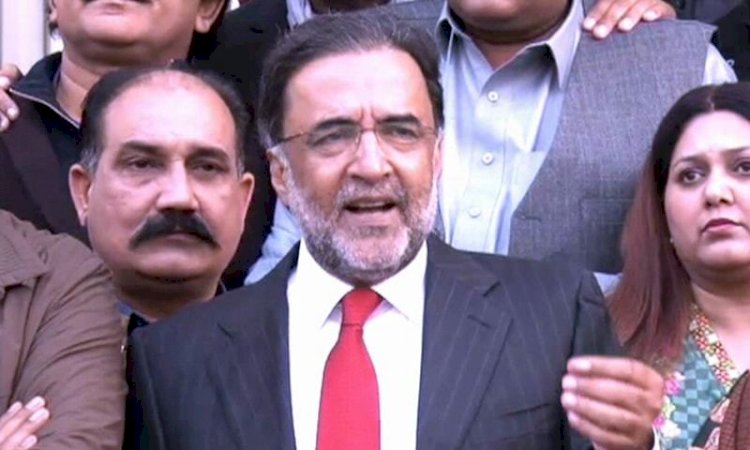 “The Planning and Finance Divisions have revised the budgetary allocations for Kashmir and Gilgit-Baltistan and made enhancements to meet their demands and completion of the developmental projects”, Kaira said while speaking at a press conference along with the Federal Minister for Planning, Ahsan Iqbal.

A meeting was held with the stakeholders from Kashmir and Gilgit Baltistan in this regard. The federal minister said that the impression was being created that the federal government has made a cut in the budget of Gilgit-Baltistan and Kashmir where Pakistan Tehreek-i-Insaf is in power which he conveyed to the Prime Minister Shahbaz Sharif after which he took notice of it.

Kaira said that the present government realizes that Kashmir and Gilgit-Baltistan are lagging behind in development and have lack of resources and would continue taking all possible steps to improve the living standards of people of Kashmir and Gilgit Baltistan.

“We will continue to give preference to the progress and development of Kashmir and Gilgit Baltistan not only at par with the rest of the country but even more than that”, he said. The broad-based and consensus-based government took difficult decisions of increasing petrol and electricity prices owing to the ineffective policies of the previous government but also imposing taxes on the rich class, transferring ultimate relief to the masses.

“Our basic aim is to bridge the gap between rich and poor through transferring relief from rich to poor which is one of the basic responsibilities of the present coalition government”, he said. Kaira also condemned the killing of ten to twelve innocent civilians in Indian Illegally occupied Jammu and Kashmir (IIoJK) during the last three days.

He said that a new wave of violence is being imposed on the people of Kashmir again however all such tactics of India cannot defeat the courage of Kashmiri brothers and sisters and God willing they will achieve their goal of independence.