WASA on high alert to cope with urban flooding 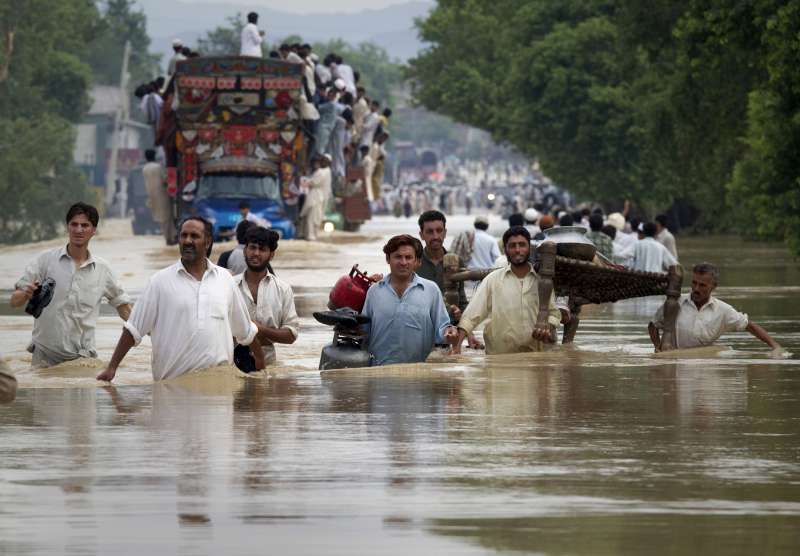 RAWALPINDI: The Water and Sanitation Agency (WASA) Rawalpindi has been put on high alert here on Tuesday to cope with urban flooding following intermittent rain.

According to Managing Director (MD), WASA Muhammad Tanveer heavy machinery of WASA had been shifted to low lying areas to provide quick response in case of an emergency. The MD said that the agency had finalized all the arrangements to cope with any emergency and flood-like situation.

Muhammad Tanveer said that 57 mm rainfall was recorded during last 24 hours in the twin cities, Rawalpindi and Islamabad. He said that the flood control room was monitoring the water level in Nullah Lai which was 8 ft at Kattarian and Gawalmandi at 4 p.m. Five flood response units had been set up at Liaquat Bagh, Moti Mahal, Commercial Market, Bagh Sardaran and Khayaban-e-Sir Syed.

WASA Rawalpindi has 28 dewatering sets, five jetting and six sucker machines to cope with untoward situation. The agency, he said, would make all-out efforts to provide round the clock water supply through 22 water bowzers particularly to the residents of affected areas during rains.

MD WASA also visited various parts of Rawalpindi to inspect the arrangements to remove rain water and all the other operational preparations for the rains.