Greek rescuers save more than 100 migrants in the Aegean 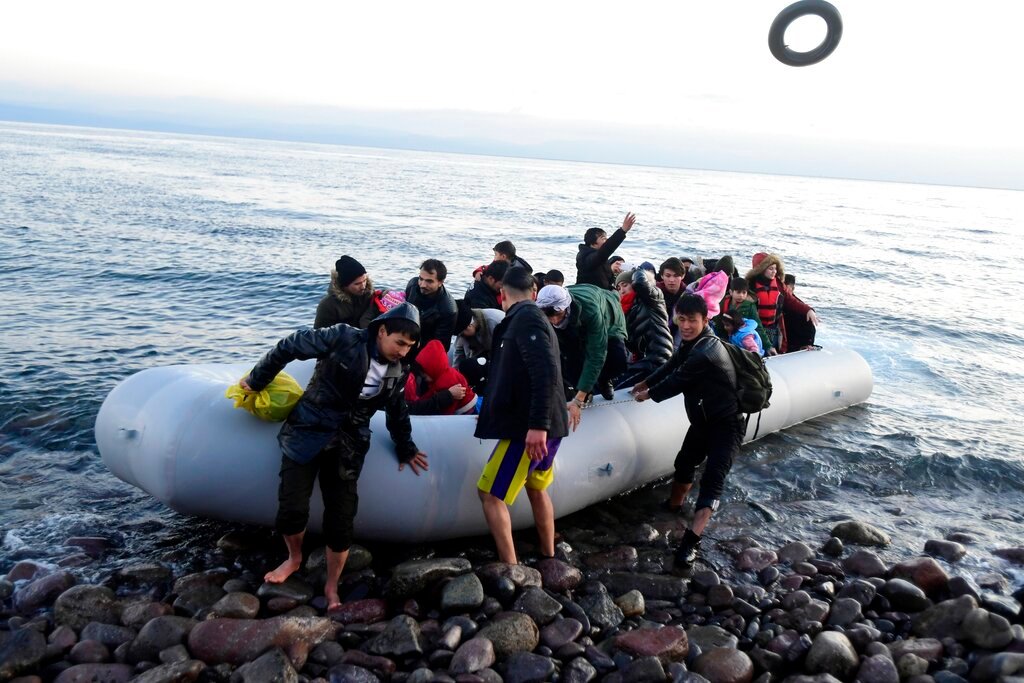 ATHENS: More than 100 migrants were rescued early Sunday off the island of Mykonos in the Aegean Sea and four are missing, the Greek coastguard said.

“A large-scale rescue operation of migrants is underway from late Saturday two miles south of the island of Delos. So far 108 migrants have been rescued, while according to those rescued, four people are missing”, a coastguard statement said.

Among the rescued, there were 24 women and 21 children, while three people have been taken to a health centre on Mykonos. Port police responded to a distress call sending three boats and a tugboat to help the stricken vessel which came from Turkey, the coastguard told.

According to the coastguard statement, the tugboat reached the sailing boat carrying the migrants but did not pull it to safety because it was taking on water and there were high winds.

The migrants were initially taken to a rocky islet nearby with other boats and were transported to Mykonos early Sunday. Search and rescue efforts continue. Migration Minister Notis Mitarachi had earlier tweeted that eight migrants were missing and 104 had been rescued.