Mother unveils truths from past existing to date 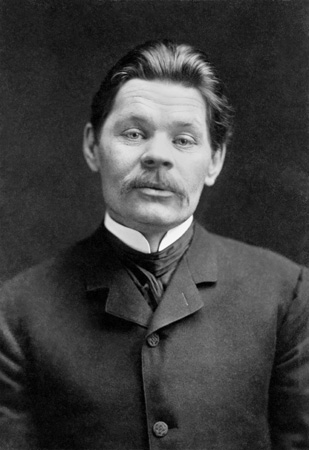 As Russia, the homeland of many great writers like Tolstoy, Chekov, Dostoevsky, Turgenev and many more, is engaged in a war with its smaller neighbour. The price is being paid by artists, musicians and sportsmen who are barred from the global stage. As a repercussion of this war Vladimir Putin started a few months ago, many western universities are barred to teach Tolstoy, Dostoevsky and many other Russian writers in their classrooms.

For me, it is not an act of solidarity with the Ukrainian people: I think, it is a deprivation of students from such a rich literature. Perhaps, it is the best time to read more and more Russian writers to understand the potent culture of Russia and the feelings and experiences of Russian people who are often viewed as warmongers.

Maxim Gorky’s “Mother” is a literary masterpiece which is difficult to be skipped when discussing the Russian literature or literature as a whole – for me, all Russian writers belong to the world. Gorky writes with an astonishing finesse taking into the account the very minute details. “Mother” is a ‘book of utmost importance’ written by one of the pioneers of Russian literature.

Maxim Gorky was a playwright, novelist, poet and a short story writer who used to travel around the world, changing jobs. These experiences, then, would influence his writing to a larger extent. A quick search on Google informs me that he was nominated for the Nobel Prize for five times which is not surprising because of his immaculate craftsmanship. Gorky personally considered “Mother” a failure, but today it is read worldwide and cherished by the literati.

The novel starts with the blowing whistle of the factory that summons the factory workers to come for work. Then Gorky describes the lives of the workers, which is vulnerable, in the factory settlement briefly. This novel is all about the working class, their lifestyles, emotions and experiences that how they are exploited by the rich class. 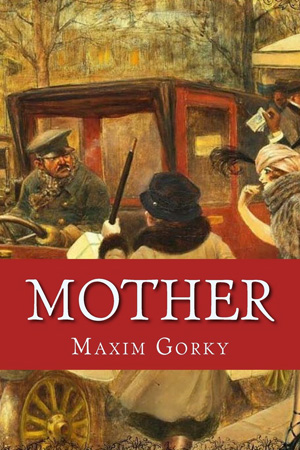 The novel revolves around Pelageya Nilovna, the mother of the title, whose husband, like many other factory workers, abuses and beats her brutally. After her husband’s death, her son, Pavel Vlasova, starts working in the factory. But he is not very much content with the way he and his fellow workers are treated by the authorities. Thus, he decides to rise against the factory authorities. So he, along with some trustworthy and educated people, persuades the workers to raise voices for what is theirs own ie suitable wages and a comfortable life. And since his actions are not likeable by the dominions, he is put behind the bars.

Nilovna, an ignorant woman and a housewife, is asked to distribute leaflets among the factory workers when his son is thrown to jail for the first time. Now she begins to understand things more clearly and undertakes many tough tasks for the sake of revolution. The novel has brilliantly demonstrated the role of women in a marginalised community.

After Pavel is released, he along with his counterparts, marches down the streets on May Day. Many people including children, women and elderly people participate in the rally which becomes unsuccessful because of the police interruption. Pavel and some of his friends are arrested by the police and are exiled to Siberia after an unfair trial. The mother performs notable actions during the time between her son’s arrest and their trial. Working with one of her son’s friends, she distributes leaflets among the peasants to ablaze the fire of revolution.

“The mother” gives us a brilliant account of the lives of Russian workers in the beginning of 20th century. And the book emphasizes on the unity of all workers in order to beget change. At one point, Gorky writes that there are no creeds and races in the world: there are only two classes; the rich and the poor. The novel luminously documents that how the poor are exploited by the rich and how the rich are reluctant to give the poor their dues.

Apart from this, the novel brings forth the oligarchic from our of government in Russia. The decisions that affect a large segment of the population are always made by a handful of people on the top who do not care an iota about the drawbacks of their decisions on the common populace. Even the ongoing war with Ukraine is a decision made by the oligarchies with no public consent. So in Russia, it has always been a matter of a dozen people on the top.

Finally, the book is an eye-opener for those who perceive the workers and labourers as earnest and brainless people. In actuality, they are hard-working and honest people working for the amelioration and improvement of the country. They deserve respect and needs to be rewarded for their impeccable work.