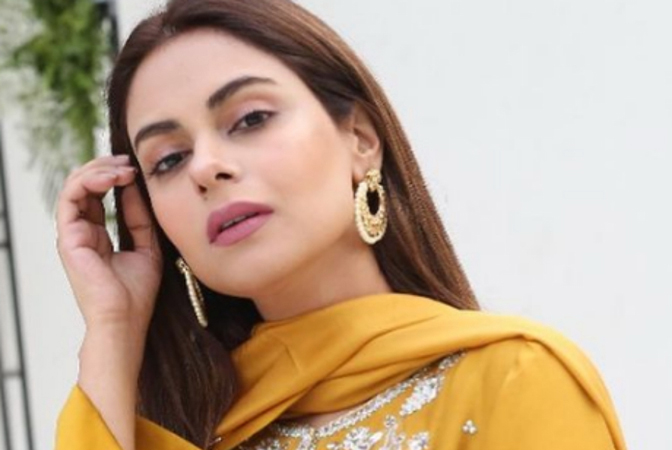 Taking to her Instagram stories, Amar Khan – who is currently spending some leisure time in the US – shared a glimpse of her fangirling over senior actor Ashish Vidyarthi, mostly known for his antagonist characters in several Bollywood films including his popular role of Devraj Khatri in the 2000 released thriller ‘Bichhoo’.

“Indian actor whom I’ve been watching in movies since childhood, got a chance to meet him in New York,” said the ‘Baddua’ actor in the selfie video.

“How are you, Sir?” she asked, to which the actor replied, “I’m fine, my name is Ashish Vidyarthi.”

“I know all your character names, and you’re a fantastic theatre actor also,” she exclaimed enthusiastically.

Khan later introduced herself that “I’m an actress too,” when was responded with best wishes from her favorite actor before he left.

The model turned actor, is a graduate in film-making. She enjoys a huge following on her social media handles including Instagram, where she takes to share pictures and videos of her photoshoots and behind the scenes of her projects.

Amar Khan has worked in a number of superhit projects with ‘Baddua’ being one of them.