2nd shipment of ˜Sindhri mangoes to arrive on Sunday in Kunming, China 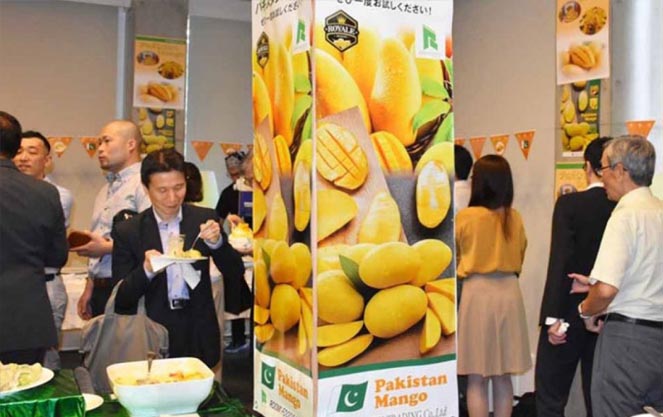 The shipment comprising three tons will be transported in a cargo flight from Lahore to Kunming. Adnan Hafeez, director of Imperial Ventures (Pvt) Ltd informed.

The first shipment comprising 2.3 tons of Pakistani mangoes was transported via air cargo from Pakistan to China, he told APP here on Saturday.

The Pakistani king of fruits will be sold in the market after custom clearance and necessary certifications by the relevant Chinese authorities, he added.

Adnan said that quality control is the keyword of this year’s mango export.

This time, half of the mango will be sent to Chinese wholesalers and retailers as samples.

The Farm’s Choice an indigenous premium fruit brand operation by Imperial Ventures Private Limited, has been extensively working on promotion and marketing of Pakistani Mango in China since the last six years and has seen a positive growth trend.

He said, this year, the expected export of mangoes from Pakistan to China is set to touch 100 tons which is almost 100% increase from last year.

Adnan said that many Chinese people prefer mangoes imported from South Asian countries especially Pakistan because of its pulp and taste.

The Chinese consumers have also an emotional attachment to the Pakistani products including mangoes in wake of the all-weather friendship between Pakistan and China, he added.