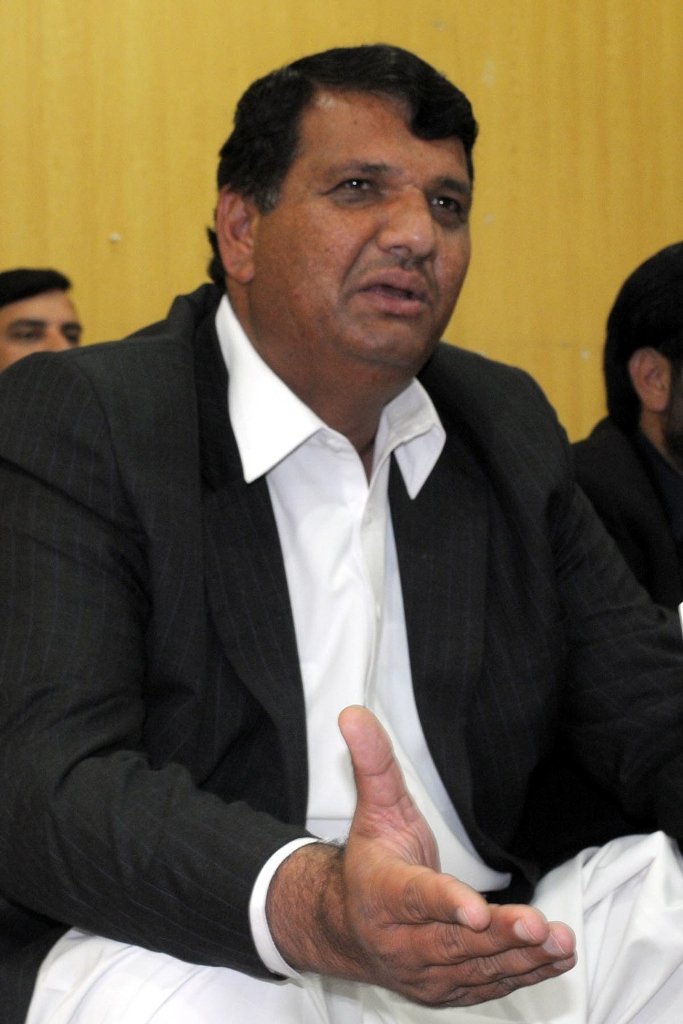 PESHAWAR: Adviser to the Prime Minister for Political and Public Affairs Engr, Amir Muqam said here Friday that poor economic and monetary policies of the Imran Khan government had substantially increased the prices of petroleum products, resulted in price hike and increased the value of the US dollar in the country.

“The US Dollar would have crossed Rs250 mark had the coalition government not been formed today,” he said, adding people had now clearly understood that Imran Khan’s agenda was to disintegrate the country and cripple the economy.

He accused Imran Niazi for using the provincial government against the federation only for the sake of his greed for power. Regarding the recent spike of fuel prices, he said it was inevitable since the PTI government had signed countless agreements without planning which had adversely impacted the country’s economy. He said the government was left with no option but to increase prices of petroleum products in order to protect the country from bankruptcy.

“Imran has double standards for judicial decisions. If a verdict is in his favour it is good and if it is against him it is loudly criticised,” he said adding that the supremacy of judiciary was imperative for political and economic stability besides provision of quick justice to litigants.

Muqam said Imran Khan had apparently lost his senses after being ousted from power through a successful no-confidence motion and was in dire need of psychological counselling.

“Imran did not like neutral umpires and that is why he has started dragging state institutions into politics in a bid to regain power through backdoors. In the last general election, Imran Niazi was selected and he would face crushing defeat in the 2023 election as the umpires are neutral today,” he said.

He accused former prime minister Imran Khan for putting the country’s economy on landmines, degrading political ethics and ignoring political and economic stability of Pakistan besides leaking important information during his public speeches, which was in complete violation of his oath.

Imran Khan’s recent irresponsible statements about Pakistan’s split in three parts, possible damage to establishment if urgent decisions were not taken and economic downfall were against the country’s interest and urged state institutions to take serious notice of it.

The PM’s adviser questioned why NAB was silent over cases against the PTI leadership and urged the national accountability watchdog to take serious notice of the repeated misuse of KP Govt helicopter by Imran Khan.

He also said that the Chief Minister’s irresponsible statement to use KP forces against the Federal Government was irrational and urged state institutions to take serious notice of it.

Muqam said the ‘foreign conspiracy’ narrative of Imran Khan was rejected by people of Pakistan as they knew that the PTI Chairman’s was using it in a bid to raise his dwindling popularity.

“Imran Khan’s bad foreign policy has isolated Pakistan,” he said, adding that the PML-N led coalition government had brought out the country from isolation.

The political adviser claimed that people wanted to know about the volume of illegal amounts coming in the PTI’s account from abroad especially from rival countries and demanded quick decisions on the PTI foreign funding case and billion trees project.

He said that Prime Minister Shahbaz Sharif had announced Rs2 billion mega development package for uplift of Shangla while Imran govt had failed to announce any significant package for people of the area.

“Imran Niazi is in no position to demand for early election or dissolution of the National Assembly as it is the mandate of the incumbent Government to decide about future polls,” he said.

Muqam said Modi Govt had illegally annexed the held Kashmir during Imran Niazi’s government and its people were left facing endless Indian atrocities since revoking of the special status of Indian Illegally Occupied Jummu and Kashmir on August 5, 2019.