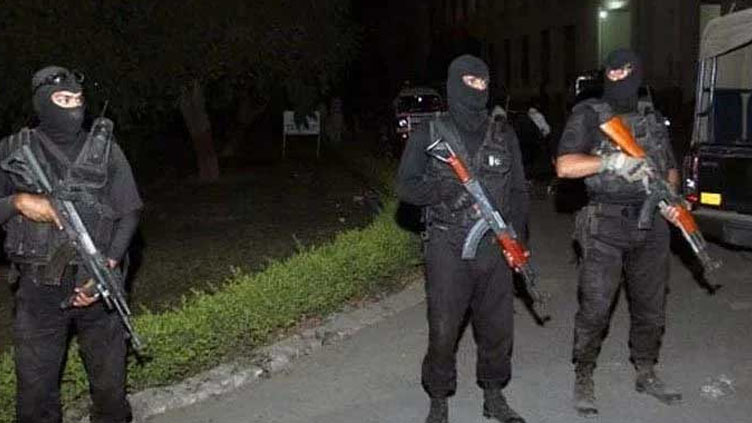 HYDERABAD: The Counter-Terrorism Department (CTD) managed to arrest a terrorist belonging to the banned Sindh Revolutionary Army (SRA) here the other day.

Police have recovered equipment used in terrorism on the identification of arrested terrorist Manzoor Hussain. The CTD officials have alleged that accused Manzoor Hussain was involved in blasts on railway tracks and high power transmission lines.

The sources said that accused Manzoor Hussain was arrested from Dadu district and ball bearing, remote control, and other material used in terrorist activities were recovered from his possession.

Allah Dino, an accomplice of the arrested accused, was involved in a bomb blast in Saddar area of Karachi who was killed in a police encounter a few days ago.