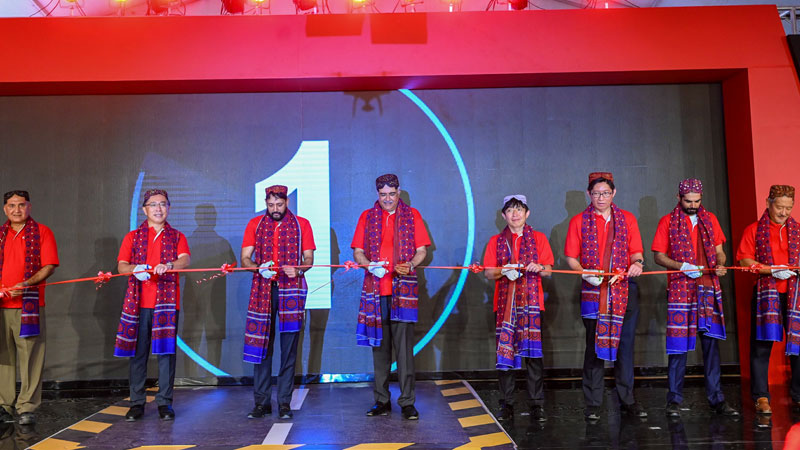 Indus Motor Company (IMC) has achieved a landmark of producing one million vehicles since it began mass production back in 1993. The one millionth unit, a Toyota Corolla Grande, was lined off at the company’s plant at Karachi the other day amidst much fanfare. This was celebrated by the company’s 4000 employees and representatives from Toyota including Yoshiki Konishi, current Executive Advisor & President-elect, Toyota Daihatsu Engineering & Manufacturing (TDEM). IMC has come a long way from producing just over 7000 units annually to over close to 80,000 units a year and four models today. The company has so far produced 761,700 Corolla, 45,400 Yaris, 111,900 Hilux and Fortuner under the Toyota badge whilst 81,000 Cuore with the Daihatsu badge.

Mr Konishi congratulated the IMC team and said “IMC’s pursuit to support the development of the local auto manufacturing industry is commendable. We are fully convinced that the Pakistan market has great potential and we have high expectations of IMC.” Chairman IMC Mohamedali R Habib said “Toyota & Japan have remained the most committed partners for Pakistan. We value our relationship and send our warmest wishes to the people of Japan. The level of localization we have achieved would not have been possible without the constant support and endeavours of our partners.”

Chief Executive IMC Ali Asghar Jamali said “The past 30 years have been a journey of crests and troughs, but what has seen us through is the resilience, persistence and commitment to quality that has helped us reach this far.” He added that IMC has invested US$30 million on upgrading the plant and gearing up to expand production capacity to 76,000 units annually by November this year. In September 2021, IMC announced an over US$100 million investment for the local production of Hybrid Electric Vehicles in Pakistan and the localization of components, plant expansion, and production preparation for the first HEV to be manufactured at IMC plant.