Pakistan firmly committed to its principled stance on Palestine: Marriyum 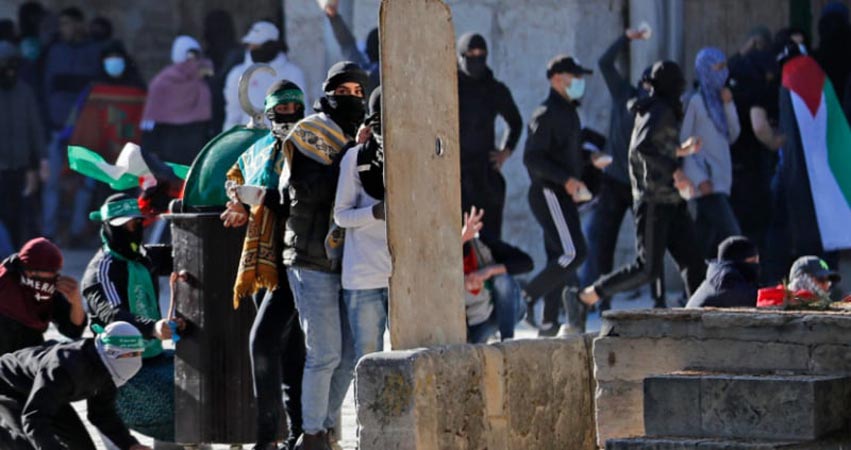 ISLAMABAD: Minister for Information and Broadcasting Marriyum Aurangzeb on Monday reiterated that Pakistan was firmly committed to its principled position on the Palestinian issue and Israel.

In an important policy statement, she said that there had been no change in Pakistan’s policy in support of Palestine.

The minister said that Pakistan’s state policy on Palestine was clear and based on the decrees of the father of the nation, Quaid-e-Azam.

She said that no policy or action could be adopted against the wishes and aspirations of the people of Pakistan.

The Foreign Ministry has made it clear that no delegation from Pakistan had visited Israel, she said adding Pakistan fully supported the Palestinian right to a referendum in accordance with the UN Security Council resolutions.

The minister said the world saw a two-state solution as a guarantee of lasting peace in the region.

She said that the promise of a  Palestinian state with pre- 1967  borders, Jerusalem as its capital and geographical unity must be fulfilled.

Occupied Palestine and Jammu and Kashmir were the longest-running issues on the UN Security Council agenda and their solution was the responsibility of the international community.

Till a  just solution to these two problems, lasting peace in the world will remain a dream, she maintained.

“We will continue to do our utmost to support the just struggle of the people of Occupied Palestine and the Indian-occupied Jammu and Kashmir”, she said.

Every negative step taken for cheap political publicity should be discouraged in the national interest.

The minister said that the PTV anchor involved in the tour has been terminated. She said the anchor was on tour in his personal capacity.