Sindh Minister for Labor and Human Resource, Saeed Ghani here on Saturday directed to complete all schemes under Annual Development Plan within stipulated time while maintaining the quality of work.

Ghani, while chairing a meeting to review the progress on ongoing development schemes in District East Karachi, also sought a detailed report about the ongoing development work within 7 days. He said that there would be no compromise on quality of development work and in case of substandard or defective work not only work would be stopped on the scheme but cases would also be filed against the concerned contractor and officers in anti-corruption establishment. “Our aim is to provide facilities to the people and all officers should work devotedly for achieving the set goal,”

Saeed Ghani said and called for maintaining close coordination with the elected representatives of the area as well. The provincial minister was informed that work was underway on 28 ADP schemes in District East Karachi. The meeting was attended by Special Secretary Local Government Abdul RazzaqJunejo, Administrator East Rehmatullah Sheikh and officers of local government, KDA , DMC East, Water Board and other agencies. 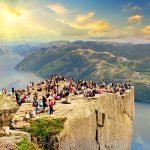 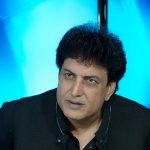