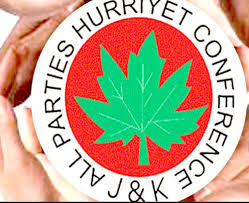 ISLAMABAD: Jammu and Kashmir Democratic Hurriyat Front (DHF) while condemning the double murder and rape of Aasiya and Neelofar by the Indian forces, has reiterated its demand for an independent probe into the incident to bring to justice the culprits involved in the heinous crime.

In a statement issued on the duo’s martyrdom anniversary, the DHF spokesman Shafiq-ur-Rehman while expressing solidarity with the victims said that such terrible incidents would continue bruise hearts and minds of Kashmiris who have been worst victims of the Indian state-terrorism, said a press release received here Saturday. He said even after the 13 years of the incident, the victim families are still begging for justice.

While referring to gang-rape, molestation, and ever-growing incidents of sextual violence taking place in the region, the spokesman said that Indian occupation forces were using sextual violence as a weapon of war to terrorize Kashmiris and instill a sense of fear amongst the Kashmiri society.

Urging international community as well as the human rights organizations to take effective cognizance of the crimes being committed by Indian troops against the Kashmiris, he said, lack of a credible accountability framework and impunity enjoyed by the Indian troops under various draconian laws have been the main reason behind the recurrence of these shameful incidents.

The spokesman also took exception to the use of brute force against civilians by the Indian forces saying that the use of excessive forces by the occupation forces has been one of the main causes behind the continued bloodshed and deteriorating human rights situation in the region.

The DHF also condemned the ongoing arrest-spree and witch-hunt against Kashmiri youth by the Indian agencies and termed it as a part of the BJP government’s policy to crush democratic dissent in the region.