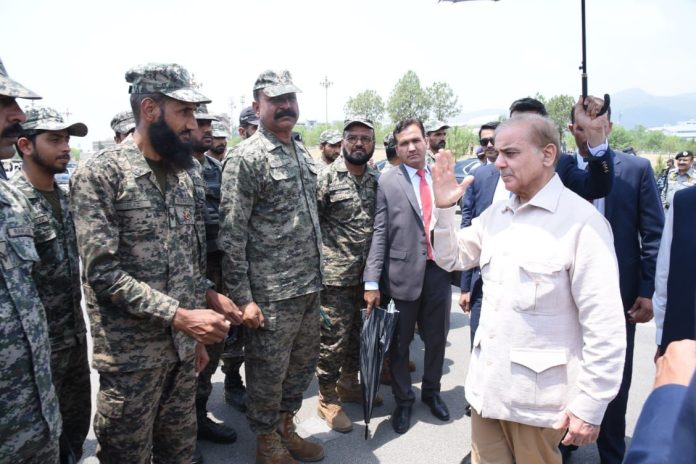 On Thursday, while interacting with the personnel of law enforcement agencies who were deployed in the Red Zone to ensure law and order during the long march of Pakistan Tehreek-e-Insaf, Prime Minister Shehbaz Sharif said the progress of Pakistan was linked with the supremacy of the Constitution and ensuring the rule of law.

PM Sharif lauded the personnel of Rangers, Islamabad Police, and the capital’s Traffic Police for rendering their duties professionally and protecting the lives and property of the people.

On his way to National Assembly, Prime Minister Shehbaz Sharif stops by D-Chowk to appreciate the efforts of Police, Rangers, Administration and other law enforcing agencies in maintaining law & order & protecting lives & properties of the public despite all odds. pic.twitter.com/1mNVIAZA4f

The prime minister appreciated the dedication of the law enforcement personnel to performing their official duties regardless of their political affiliation.

The prime minister emphasized unity among all the ranks of the nation to eliminate the scourge of anarchy and chaos.

He stressed everyone demonstrate the spirit of sacrifice and patriotism to make the homeland a citadel of peace.