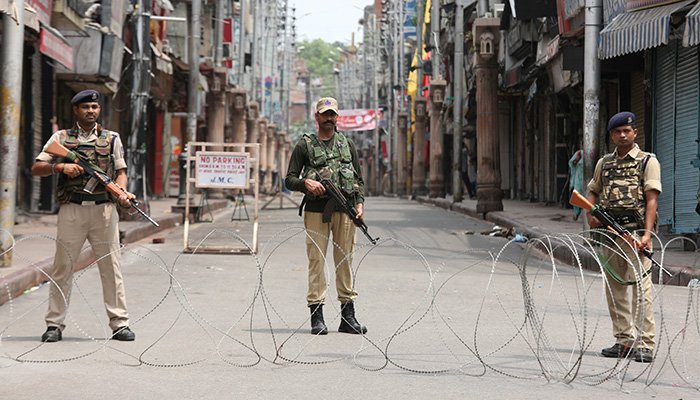 ISLAMABAD: Jammu and Kashmir Liberation Front (JKLF) has condemned Indian State terrorism in Indian Illegally Occupied Jammu and Kashmir (IIOJK) and demanded withdrawal of forces from the entire State of Jammu Kashmir so that a peaceful, permanent and just resolution of occupied state was reached upon.

The JKLF organised All Parties Kashmir Conference in New York, USA on the occasion of death anniversary of its founding father and pioneer of the current freedom movement Late Amanullah Khan.

According to a statement issued from JKLF central information office, all political and social organisations including Kashmiri Diaspora along with large number of local JKLF leaders and members participated in the conference.

Conference also demanded an early and unconditional release of incarcerated Chairman JKLF Mr. Yasin Malik and all other pro-freedom leaders and innocent people of JK languishing in different Indian jails.

At the end of conference the participants prayed for highest place in Jannah in favour of late Amanullah Khan and rest of the martyrs of IIOJK. The local representatives of PML-N, PPP, PTI, JeI, JKPP, MC, and JKLF including many members from Kashmiri diaspora spoke in the conference.