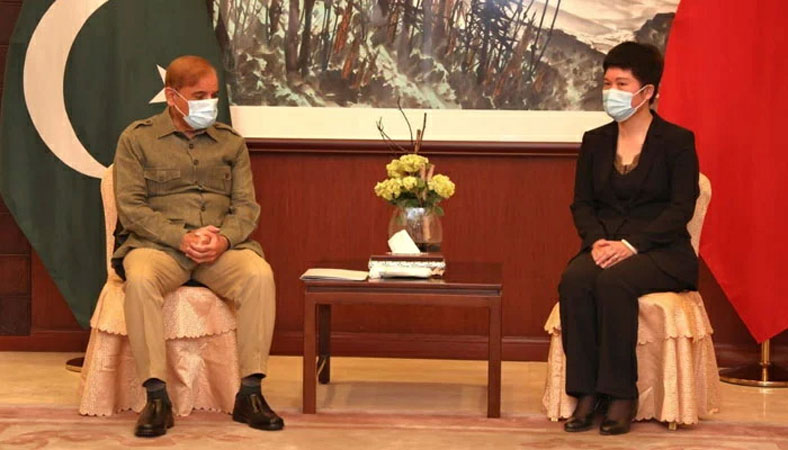 Prime Minister Shehbaz Sharif Tuesday visited the Chinese Embassy here and conveyed his condolence over the death of Chinese nationals in a blast that took place in Karachi earlier in the afternoon. The prime minister met Chinese Charge’d Affaires Pang Chunxue and sympathized with the government and the people of China as well as the bereaved families.

The prime minister, who was accompanied by Interior Minister Rana Sanaullah, Planning Minister Ahsan Iqbal and Information Minister Marriyum Aurangzeb, assured a swift probe into the tragedy to take the culprits to task. “I want to assure you on my behalf, on behalf of the Government of Pakistan and the people of Pakistan, that we will hunt down the perpetrators, culprits, killers. We will not rest until they are caught and given exemplary punishment,” the prime minister said talking to the Chinese media at the embassy. He instructed the authorities concerned to provide foolproof security to the Chinese nationals as well as the organizations. Calling it an attack on China-Pakistan cordial relations, the prime minister resolved that the Government would not let the bilateral ties be undermined through such acts. He said Interior Minister Rana Sanaullah would visit Karachi on Wednesday to assist the Sindh government in the investigation and extend all required cooperation from the Federal Government to nab the culprits. Moreover, he said, the government would review the entire security risks to the Chinese people and take all possible measures to strengthen the security of Chinese nationals in Pakistan. “We will not allow any disturbance in this friendship, come what may. We will cut their hands and stop them from creating any differences,” he resolved.