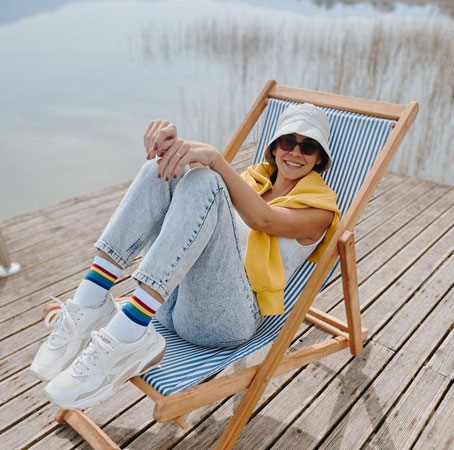 Leading Turkish actor Engin Altan Duzyatan, who essays titular role in historical drama serial Dirilis: Ertugrul, turned a photographer for his wife Neslisah Alkoclar. Neslisah took to Instagram and shared her stunning photos from their recent trip and disclosed that the pictures were taken by Engin. She wrote in the caption of the photos in Turkish which reads, “Do not rush! You don’t have to catch up, you have to run and we have to do a lot of work at the same time, yes it does! I advise myself to stop when I get the chance, it feels so good to enjoy the calm and serenity” followed by a heart emoji. Engin Altan was the first to shower love on Neslisah’s photos.