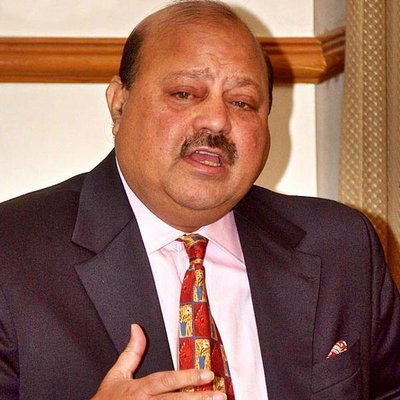 During a detailed meeting with the IDB President Dr. Muhammad Sulaiman Al Jassar  in Saudi’s metropolitan city of Jeddah on Wednesday Barrister Chaudhary told him that the deforestation and degradation of forests in the AJ&K were posing serious environmental problems, AJK President office said on Wednesday.

Seeking IDB’s assistance under Green Fund and Global Fund, the AJK president urged the IDB chief to provide necessary support and assistance to the government of AJK to deal with these problems.

“Similarly, the IDB should provide us assistance and support in the field of agriculture”, he said adding that the Islamic Bank should also grant scholarships to students studying in different universities of AJK.“Likewise, the universities of the Muslim countries should come forward in a big way and allocate funds that besides enhancing the capacity of our universities would also be instrumental in eliminating unemployment in the region”, he added.

Highlighting the plight of people living in villages adjacent to the Line of Control, Barrister Sultan said that the IDB should play its role in alleviating the sufferings of the people settled in these highly volatile areas.On this occasion, the IDB President assured his full support and cooperation to the AJK President saying that the Bank would provide its full support and assistance for the development of Azad Kashmir.

said that after the 2005 earthquake the IDB was asked to construct school buildings, some of which were completed while some were yet to be completed. He said that 15 million dollars have been earmarked for the construction of the remaining schools.Barrister Sultan Mehmood Chaudhry also invited President Islamic Development Bank Dr Muhammad Sulaiman Al Jassar to visit Azad Kashmir.

It may be recalled that the President of the Islamic Development Bank, Dr. Muhammad Sulaiman Al-Jasser, has also been the former Ambassador of Saudi Arabia to Pakistan.Meanwhile, the OIC Secretary General Hussain Ibrahim Taha hosted a dinner in honor of President Barrister Sultan Mehmood Chaudhry, which was attended by a large number of ambassadors hailing from different Islamic countries.

The AJK President also performed Umrah and offered special prayers at the Kaaba for the freedom of Kashmir, peace and stability of Pakistan and AJK.Later, the Barrister Chaudhry at the invitation of Imam-e-Kaaba visited the factory where Kiswah-the cloth that covers the Holy Kaaba is prepared. During the visit the president was briefed about the various stages of preparation of the cover.

On the occasion, Barrister Chaudhary participated in the making of Kiswah.