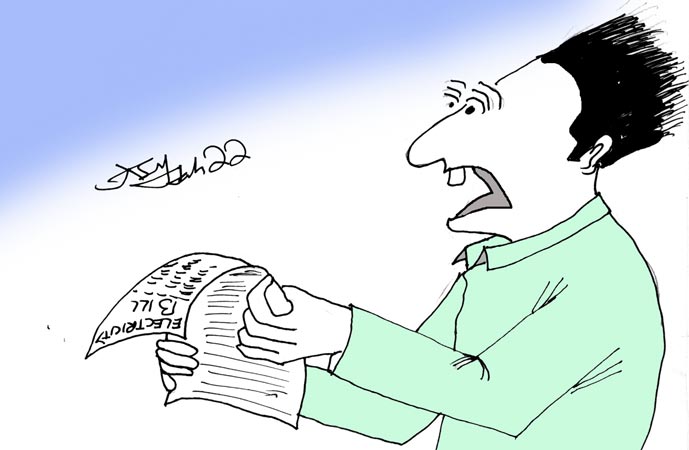 Sir: I want to draw the attention of concerned authorities towards a surging skepticism campaign that is coming across as difficult for the public to deal with it as well as it is a hot potato for the public.

Residents are disheartened in living in this state because for surviving here they crave the basic requirements. But unfortunately, these ordinances are much costly that the community is unfit to pay their bills at the given time even though they are being forced to pay the tabs on the time. Such as the bills of gas and electricity which are extremely significant for every house and everyone even though many people in the country lack them and many are unwilling to take them because the payments of these are much impressive and people are powerless to pay them because they are poor, and they don’t have the money to pay on the time. Because of this, the people are facing a myriad of controversies in their lives and are inadequate to educate their children. It is causing the precious health of the people because they always overthink. How to pay the bills? and from where we should bring them? which has been the main cause of anxiety, depression, and commenting suicide.

I request the government to help people in this regard because this is urging the people to break the rules of the country along with they feel helpless.