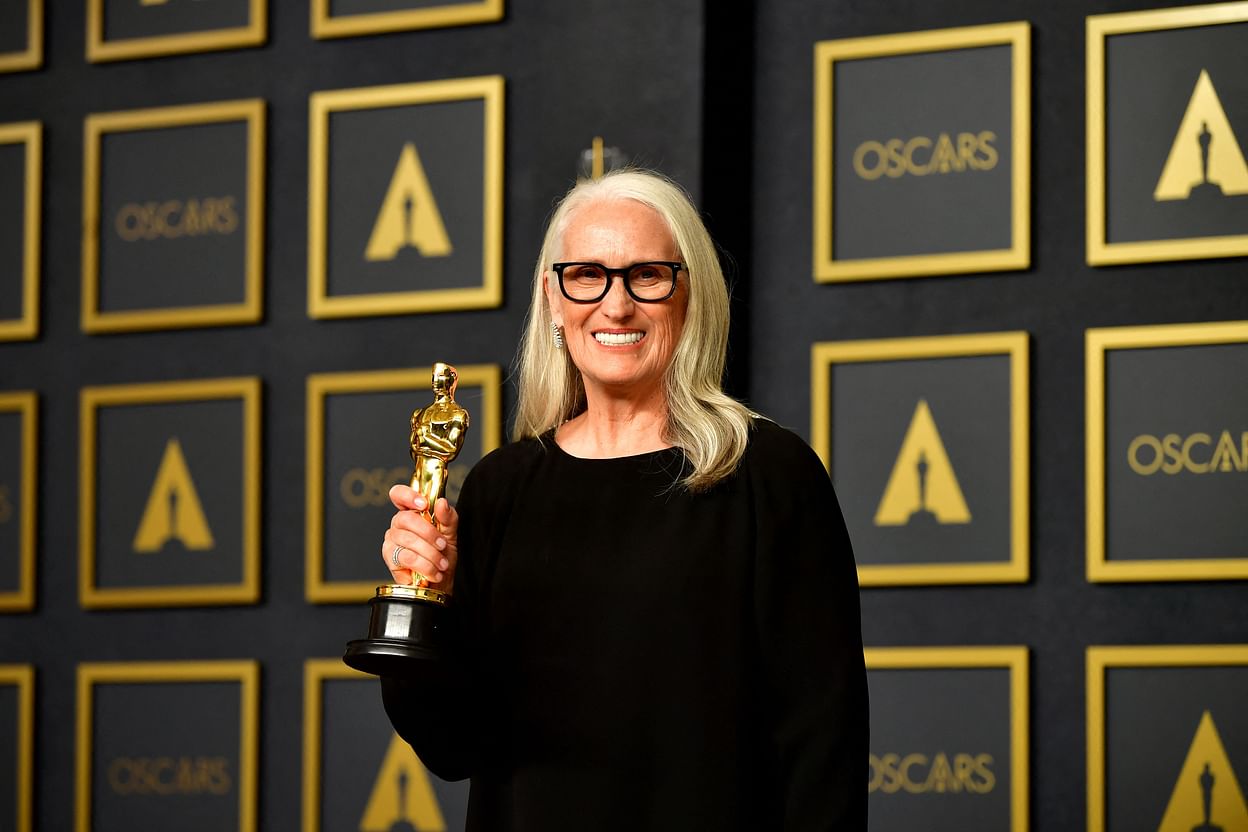 Wellington: After shunning Hollywood for more than a decade, pioneering New Zealand filmmaker Jane Campion has conquered Tinseltown on her own terms by winning the best director Oscar for her sweeping, moody Western “The Power of the Dog”.

The brooding examination of toxic masculinity involving feuding brothers on a 1920s Montana ranch marks a departure for Campion, who is best known for portraying emotionally complex female protagonists.

She is only the third woman to take the golden statuette for best director in the ceremony’s more than 90-year history, after Kathryn Bigelow and Chloe Zhao, and is the first to be nominated twice for the honour.

“I love directing because it’s a deep dive into the story, yet the task of creating a world can be overwhelming,” Campion told the audience at the Dolby Theatre.

“The Power of the Dog” was an immediate hit with critics and garnered a total of 12 Academy Award nominations, creating a similar arthouse-turned-mainstream buzz to Campion’s breakthrough feature “The Piano” at the 1994 Oscars.

However, Campion’s win was the film’s only one of the night.

The project was a major success for Netflix, and Campion’s win marks the second in this category for the streaming giant, after Alfonso Cuaron for “Roma” in 2019.

“Netflix is not what I would have wanted historically, but they’re a little like the Medicis of our time,” the 67-year-old told the Los Angeles Times late last year.

“The people at the top do love cinema; they want to see good things. When you’ve got a lot of money, beauty counts.”

Campion made cinematic history as the first woman to win a Palme d’Or at the Cannes film festival in 1993 for “The Piano”.

But she walked away from feature films after 2009’s “Bright Star”, disillusioned with the gender inequality and lack of creative freedom she said she had experienced in the movie-making world.

Instead, Campion turned to television with “Top of the Lake”, a slice of rural Kiwi Gothic that was a hit with critics and audiences alike.

She was lured back to the big screen by the prospect of adapting Thomas Savage’s 1967 novel “The Power of the Dog”, a tale of repressed homosexuality in the American West of the early 20th century.

“It was such a tight little beast I couldn’t stop thinking about it. I was actually haunted by it,” she said.

A factor in Campion’s return to features was that the #MeToo movement has rendered the film world a far different place than the one she experienced in the 1990s.

“The #MeToo movement changed everything,” she said.

“I think it was a very dark time in the late 90s up to about 2015… (now) I think women are doing so well. It’s no longer charitable to be employing women.

“That’s the big change. We want to be recognised because we are really good!”

Born in Wellington, the second of three children, Campion grew up in a theatrical family in the New Zealand capital.

Despite this early exposure — her mother was a writer and actress, her father a theatre director and producer — Campion did not set out to become a film-maker.

Instead, she studied for a degree in anthropology in New Zealand before concentrating on art in both London and Sydney.

Only later did Campion find her calling at the Australian Film Television and Radio School between 1981 and 1984.

Her early career was closely linked to Cannes. She won best short film there with “Peel” in 1986 and gained exposure for first features “Sweetie” and “An Angel at My Table”.

The annual gathering on the French Riviera also provided early recognition for “The Piano”, the New Zealand-set movie about a mute pianist, which went on to win three Oscars, including best screenplay for Campion.

As well as features, she has branched out into documentaries, producing “Abduction: The Megumi Yokota Story” (2006) about a Japanese student kidnapped by North Korea in 1977.

From the outset, Campion said she wanted to bring “a feminine vision” to her art, a rarity in the male-dominated industry.

She was also unafraid to call out sexism in the film world, expressing frustration when her 1993 Cannes win did not usher in a new wave of successful women auteurs.

Decades on, directors such as Sarah Gavron (“Brick Lane”) credit Campion with inspiring the belief they too could forge a career in film.

Benedict Cumberbatch, a best actor nominee for his role in “The Power of the Dog”, described Campion as a “key icon” of the women’s movement.

“She’s a great filmmaker and a very powerful woman in our industry. She handles it all so adeptly, and she’s so ridiculously humble about it,” he told reporters in Venice last year, where Campion was awarded the Silver Lion for best direction.

Campion sparked controversy this awards season with an offhand comment she made about tennis legends Venus and Serena Williams in accepting a Critics Choice Award, noting that they don’t “play against the guys as I have to.”

The director apologised for her “thoughtless” comment the next day.