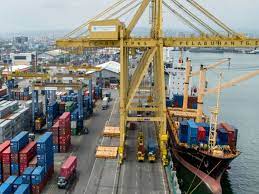 Meanwhile, another ship ĹValkyreĺ carrying 53,475 tonnes of Coal also arrived at the outer anchorage of Port Qasim during the same day.

PQA berths were engaged by 11 ships during the last 24 hours, out of them, two ships, Container vessel ĹMOL Generosityĺ and Oil tanker ĹElka Asterĺ left the Port on Thursday morning, while another bulk cargo carrier ĹAstoriaĺ is expected to sail on today in the afternoon.

There are 09 ships at Outer Anchorage of Port Qasim, out of them, three ships, EM Astoria, Valkyrie, and UACC Ibn Al-Halthai carrying Containers, Coal, and Gas oil are expected to take berths at QICT, PQEPT, and FOTCO on Thursday.