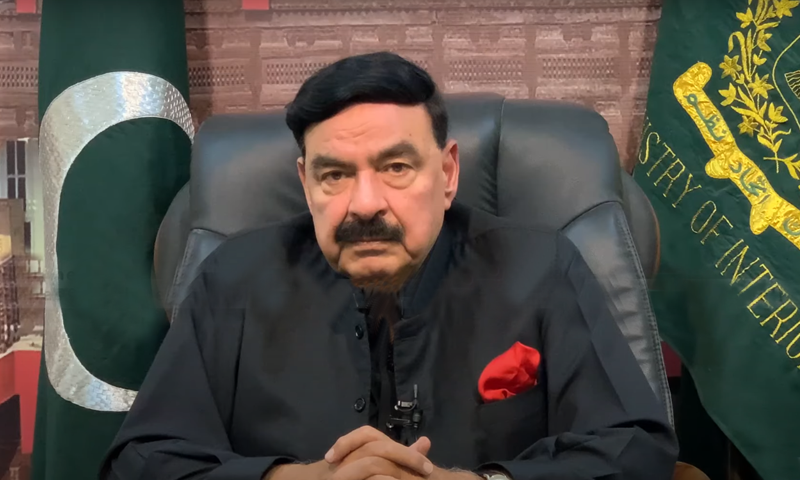 ISLAMABAD: On Saturday, Sheikh Rasheed shared a video message on his Twitter handle in which he revealed that all the three suspects involved in a suicide blast inside a mosque in Peshawar have been identified by the Khyber Pakhtunkhwa police and the investigation agencies.

Police and investigation agencies have reached close to the suspects and hoped that they would be arrested in the next two to three days, he said.

The interior minister had earlier hinted at the involvement of foreign forces trying to destabilize the country and vowed to foil their nefarious designs.

In the video statement, the minister also urged the Opposition not to create confusion and misunderstanding among the people and warned, “floods, earthquakes or pandemics do not destroy the country but rumors and anarchy harms a state.”

He claimed that the prime minister will complete its constitutional five-year term and vowed that they will once again defeat the Opposition in the NA.

“The Opposition is fueling anarchy and agitation at a time when the country is moving forward,” he added.

The Counter-Terrorism Department has registered a case related to the suicide blast inside the Peshawar mosque. The FIR has been lodged under terrorism clauses.

Furthermore, the death toll in the suicide bomb attack on the Peshawar mosque a day earlier rose to 63 after six more of the injured succumbed to their injuries, confirmed a spokesperson of the Lady Reading Hospital Saturday.

The spokesperson said that 57 dead bodies were brought to the hospital yesterday.

“37 injured are still under treatment at the hospital,” he said, adding that five of them are in the Intensive Care Unit.