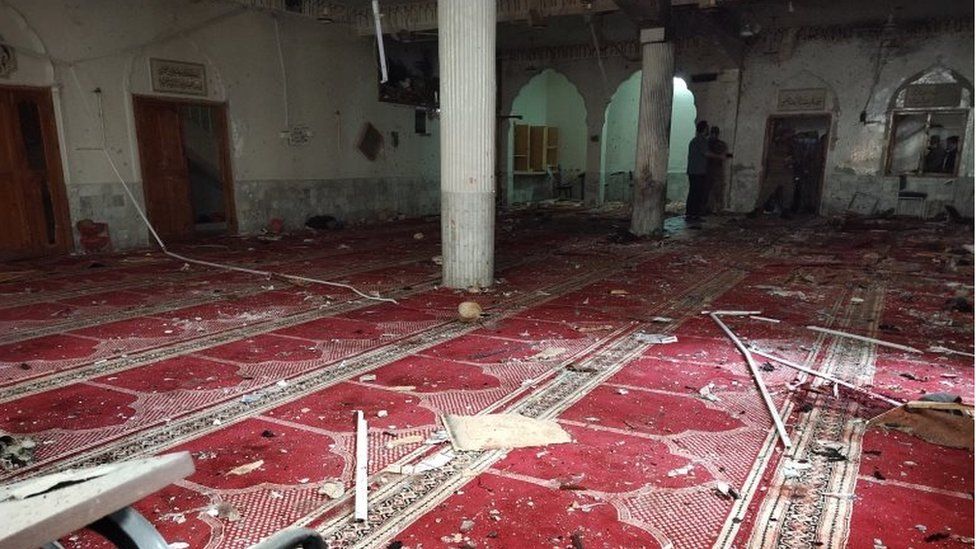 PESHAWAR: Yesterday’s powerful suicide blast in a mosque at Kocha Risaldar has grieved Peshawarties coming to the residences of victims and are offering Fateha for eternal peace of the departed souls.

People of every walks of life including relatives and well-wishers are coming to the residences of the blast victims at Qissa Khwani and Kocha Risaldar to express their deep condolences and solidarity with the bereaved families and are offering Fateha.

An atmosphere of grief and sorrow prevails in Qissa Khwani and Kocha Risaldar where 57 worshipers were killed and nearly 200 injured in a deadly suicide attack during Friday congregation inside a mosque.

Funeral prayers of the victims including constable Jamil Khan were held in Peshawar and their native areas.

The people, civil society and politicians strongly condemned the suicide attack on peaceful worshipers and demanded the arrest of the perpetrators.

The team has collected evidence from the site of the explosion and started recorded statements of eyewitnesses besides expanded circles of investigation.