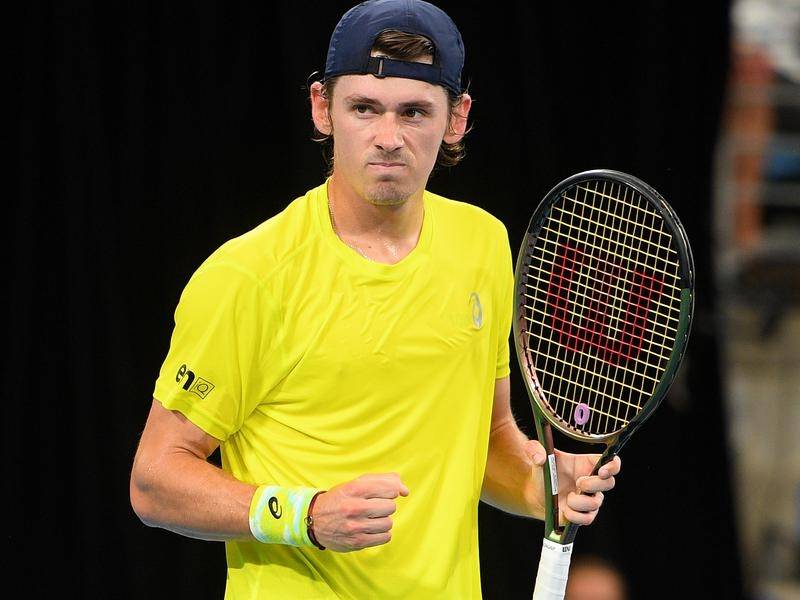 Sydney: Alex de Minaur got 28-time champions Australia off to a blistering start, but Thanasi Kokkinakis couldn’t maintain the momentum Friday as they split their opening Davis Cup singles rubbers with Hungary.

Twelve Davis Cup ties are being contested on Friday and Saturday, with the winners progressing to the finals, the first stage of which will be played in September with 16 teams.

Croatia, Great Britain, and Serbia are already through, with Davis Cup chiefs to decide next week who will replace defending champions Russia after they were axed over the invasion of Ukraine.

But the Australian was relentless and piled pressure on Piros’ serve in the 12th game to force three unforced errors, then a double fault, to break and take the set 7-5.

He broke again to move 3-1 clear in the second set and raced home 6-2.

“It’s never easy playing for your country, there’s always a lot more nerves going in,” said de Minaur. “Very happy I was able to get the first win.”

Almost seven years since he last played Davis Cup, Kokkinakis was recalled after claiming a first ATP singles title in Adelaide in January then winning the Australian Open doubles crown with Nick Kyrgios.

“It was a very physical match. I’m sweating as I came from a swimming pool,” said Fucsovics. “But I like the surface a lot, and the atmosphere was unbelievable.”

The doubles and reverse singles are played on Saturday.

Elsewhere, South Korea and Austria also shared the spoils in Seoul, with towering Denis Novak cruising past Nam Ji-sung 6-1, 6-4 before Kwon Soon-woo leveled the tie with a battling 7-5, 6-4 win over Jurij Rodionov.

In other Friday qualifiers, 32-time champions the United States host Colombia in Reno while six-time champions Spain will be without Rafael Nadal for their home tie in Marbella against Romania.

Alexander Zverev, meanwhile, reversed his decision not to play, with the world number three featuring for Germany against Brazil in Rio after his disqualification from an Acapulco event last month for smashing his racquet against the umpire’s chair.