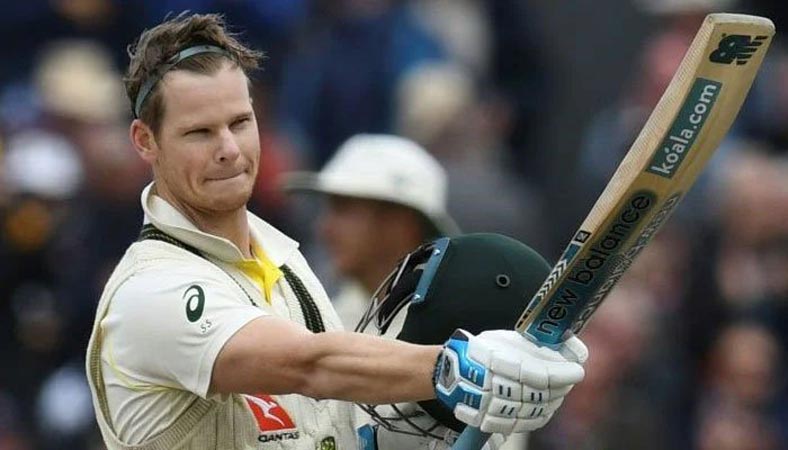 LAHORE: Star Australian batsman Steve Smith said Tuesday he was “feeling good” after recovering from concussion and hopes to replicate his big scoring from the Ashes during Australia’s tour of Pakistan, their first in 24 years.The 32-year-old fell heavily and banged his head attempting a boundary catch in the second Twenty20 against Sri Lanka in Sydney last month, ruling him out of the rest of that series.Smith, who is expected to be a batting mainstay for the tourists in the three-match Test series starting in Rawalpindi Friday, said he is looking forward to some big scores.”I’ve progressed really nicely,” Smith told a virtual press conference from the team’s hotel in Islamabad.

“Now I am excited to be in Pakistan. I love getting on a roll and being able to play a lot of cricket, and just finding my groove.The last away tour, I performed really well in the Ashes and hopefully I can replicate something similar in this series,” said Smith, who scored a whopping 774 in England in 2019, with three hundreds.

Smith has a good record elsewhere in Asia, with 1,200 of his 7,784 runs plundered in India, Sri Lanka, Bangladesh and the United Arab Emirates.Now he is looking forward to the challenge of playing in unfamiliar Pakistan conditions, where Australia haven’t toured since 1998 because of security issues.”I love playing on different surfaces, and all the different challenges of playing on different surfaces around the world,” he said.”Hopefully I hit a lot of balls in the next few days and find a nice rhythm going into the first Test on Friday.”

The Australian squad held their first practice session on Monday after completing a 24-hour Covid isolation and providing negative tests.The team are also being kept in a tight security bubble, travelling in armoured vehicles to and from the hotel and with more than 4,000 security personnel deployed specifically for the tour.Smith said he always longed to play in Pakistan.”It’s the first time a lot of us have been here. We’re really excited,” he added.”We know how passionate Pakistanis are about cricket.”The second Test is in Karachi (March 12-15) and the third in Lahore (March 21-25).The tourists will also play three one-day internationals and a single Twenty20 fixture.

To a question, Smith said his teammates felt “incredibly safe” on their first tour of Pakistan, a day after it was reported that spinner Ashton Agar received a death threat via social media just days before the start of the first Test.Agar was warned against traveling to Pakistan, though the threat was dismissed following an investigation by the boards of Pakistan and Australia and government security agencies.Cricket Australia said extensive security plans were in place for such social media activity and that the threat was “not considered a risk”.Smith said the team trusted the security arrangements in place.”We’re aware of social media and the unfortunate events that can occur on platforms.We’ve got a lot of people working here with us, we trust our security and we’re feeling incredibly safe in Pakistan.”

Top teams have largely shunned Pakistan since an attack on the Sri Lanka team bus in Lahore in 2009 that killed six policemen and two civilians.International sides have recently started touring Pakistan again but in September New Zealand returned home after abruptly abandoning a tour minutes before the opening game in Rawalpindi following a government security alert.England followed suit three days later, withdrawing their men’s and women’s teams from a tour in October citing the “mental and physical well-being” of players.