Rashid spins Bangladesh to 192 all out in third ODI 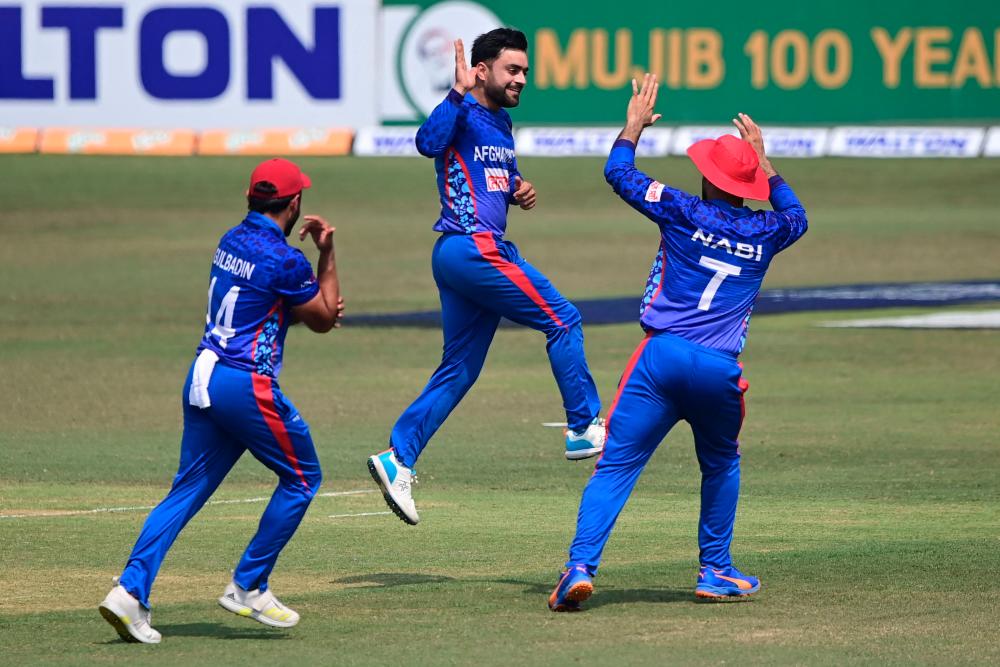 Chittagong, Bangladesh: Leg-spinner Rashid Khan claimed 3-37 to help Afghanistan bowl out Bangladesh for 192 runs in the third one-day international in Chittagong on Monday.

Opener Liton Das top-scored with 86 for the hosts but found little support from the other end as Bangladesh was skittled out in 46.5 overs after electing to bat first.

Fazalhaq Farooqi bowled skipper Tamim Iqbal for 11 to end a 43-run opening stand but Shakib Ali Hasan and Liton put Bangladesh in control, putting on 61 for the second wicket.

Shakib dragged one onto his stumps off Azmatullah Omarzai to depart for 30 before Rashid derailed the home side with the wickets of Mushfiqur Rahim (seven) and Yasir Ali (one) in successive overs.

In-form Liton’s fourth ODI 50 — smashing seven boundaries in a 113-ball knock — came after he scored a century in the previous match.

Mahmudullah staged a lone battle after Liton’s departure to stay unbeaten on 29, taking Bangladesh close to the 200-run mark.