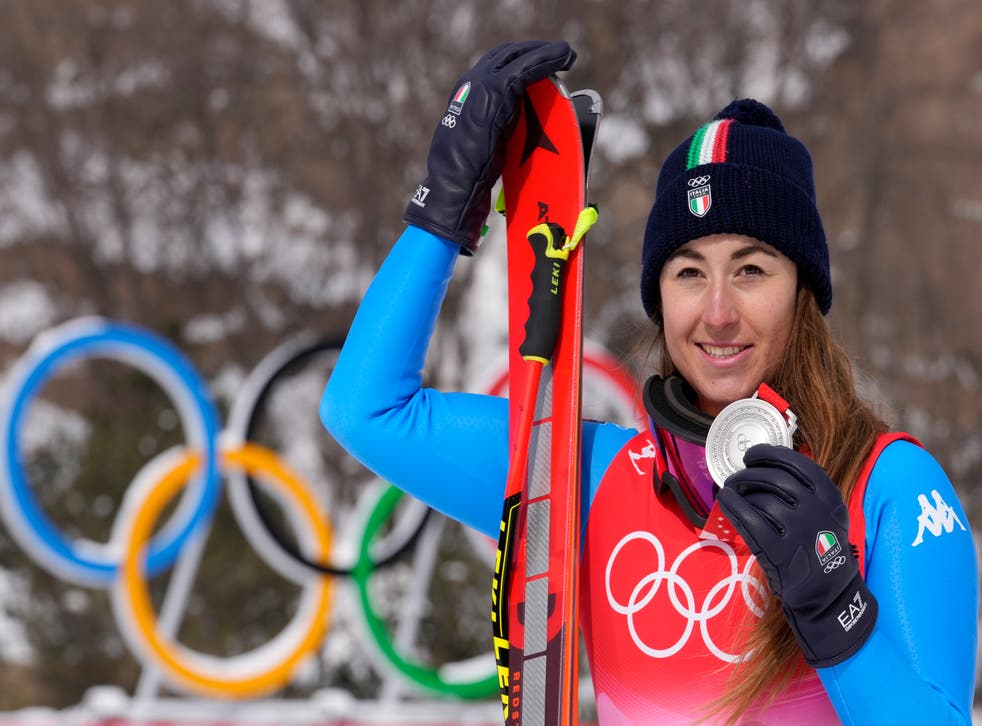 Yanqing: Italy’s Sofia Goggia revealed she defied the pain barrier to ski her way to Olympic silver in the women’s downhill Tuesday just three weeks after suffering a horror crash.

The 2018 Olympic champion looked to be out of the Winter Games after being left on crutches with a knee injury after crashing at a World Cup race on home snow in Cortina d’Ampezzo in late January.

Yet the 29-year-old produced a commanding display on the testing course at the Yanqing National Alpine Skiing Centre and admitted she emptied the tank in her bid for gold. “I gave everything I could,” said Goggia. “From zero to 10, my physical condition is about a five. I can barely bend my knee. “This has been really tough on me mentally. I took painkillers before the race. “It was really painful at the top of the course, but it was for less than a second.

“The Italian was the early leader before Swiss racer Corinne Suter eclipsed her time by just 0.16sec to claim gold. “I have a lot of respect for her,” Suter said of Goggia.”It’s incredible what she has done in the last few weeks so to come and win silver.” Goggia said she had been determined to race at the Olympics in the wake of her crash, admitting that she only spent three of the recommended 10 days on crutches.

“What impressed me was the confidence I had in the first training for downhill here, which is unusual after a crash like that in Cortina,” said the Italian.

“In the end I’m happy with my result, because being here at the Olympics after my crash was not guaranteed at all.

“Goggia said was thrilled with silver after her uphill fight to get fit.

“I always said to myself that if I could overcome this crash, probably the race of the downhill would be the easiest part for me,” she said.

“I found an incredible strength inside of myself. “I’m glad and grateful that I could achieve another medal, and I’m happy with myself.” American Mikaela Shiffrin was staggered by Goggia’s resilience.

“It was a significant injury, and it feels a little bit impossible that she got everything together to be able to race,” said Shiffrin, the overall World Cup leader who finished 18th in the downhill. “It’s really impressive. It’s a silver instead of gold, but it’s a medal that was very, very, very hard fought.”