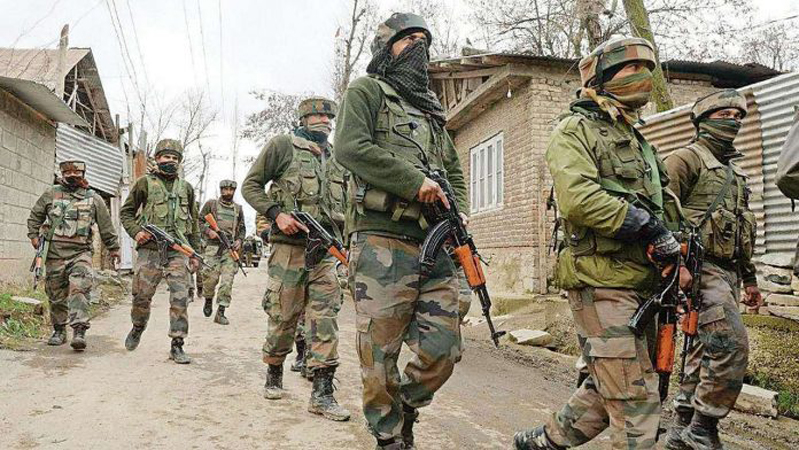 Masarat Aalam Butt, in a message from New Delhi’s notorious Tihar jail, said the ruthless killing of innocent people, demanding their legitimate and inalienable right to self-determination, is a brazen violation of international laws, Human Rights Charter and commitments made by Indian leaders before the world community, According to Kashmir Media Service.

Lauding the valour and fortitude of the freedom-loving people of Kashmir, he reiterated his pledge to lead the ongoing resistance movement to its logical conclusion despite Indian measures of suppression and repression.

Paying rich tributes to the martyrs of Kulgam and other parts of the territory, the APHC Chairman said, “We are indebted to the sacrifices rendered by our martyrs and we are committed to display our allegiance to the sacred cause of freedom from the Indian subjugation”.

Terming the internationally recognised Kashmir dispute as purely a political issue, he said it is very unfortunate that India does not respect human values, peaceful means of conflict resolutions and rule of law. He added that this stubborn approach by India has become a complicated stumbling block in the way of a peaceful political solution to the Kashmir dispute.

Masarat Aalam Butt expressed the hope that the United Nations Secretary General, António Guterres and the five permanent members of the United Nations Security Council would take serious note of the systematic genocide, large scale arbitrary arrests and unabated extrajudicial killings in IIOJK by Indian troops. He maintained that any forward move in this regard would keep the august World Body’s reputation intact among the Kashmiris.