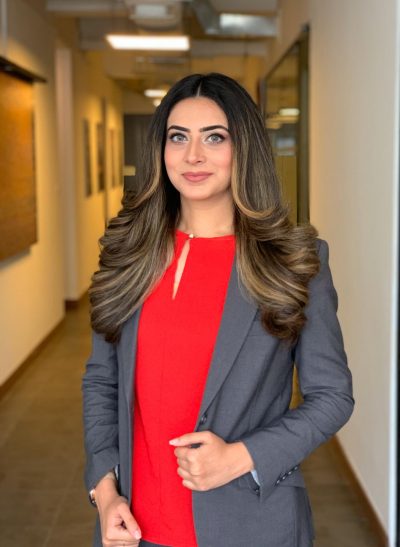 When would We Learn?

Witnessing the horror in Murree, where dead bodies were discovered in snow-covered cars, is shocking and heart-wrenching. It reminds me of the crazy surge in tourism witnessed last year when 2.6 million tourists visited Swat, Naran and Galliyat from July 17 to 24. 1.2 million people visited Kaghan-Naran valley alone, taking around 300,000 vehicles resulting in hours-long traffic jams. Even then, everyone was very concerned about the footfall in those areas and kept praying that everyone stays safe. It did not happen very long ago, but we have a habit of ‘NOT Learning’ from our experiences.

Tourism generates billions, and we, along with our Information Minister Fawad Chaudhry, were celebrating 100,000 vehicles entering Murree just a few days ago, conveniently forgetting that unplanned tourism can be a disaster.

Everyone believes that it was an administrative failure. District Administration failed to evaluate and predict the number of vehicles to be entering Murree although they could very easily get that information from the Toll Plazas. The notification from the office of District Magistrate, Islamabad, was issued on January 7, 2022, but I believe that was too late. They should have acted earlier by closing the roads for those who wanted to enter Murree.

This tragic incident is not the fault of tourists as Prime Minister Imran Khan tried pointing out in his tweet about the tragedy. Expecting people to act responsibly is not wise as not everyone in Pakistan is educated and aware enough to know and understand what’s right and what’s wrong. In fact, nowhere in the world, people are left to do what they want in such situations, there is always police and district administration that implements the rules and regulations and makes sure people follow them. People always get excited about snowfalls so much so that even after our news was flooded with the reports of the Murree tragedy, people still wanted to go to Murree to see the snowfall and have been arguing with the administration to be allowed into Murree.

PM Khan also said tourists travelling to Murree should have checked the weather conditions. My question is where can tourists check authentic updated information about these tourist destinations? Do we have a functional, updated website that displays the latest information? Are news channels sharing the latest information? Does our administration issue notifications and alerts about the tourist destinations through a medium that reaches out to more people? Do we have neon signs on the roads, highways and motorways with updates/news regarding road closures, road accidents and traffic conditions of such areas?

The media’s role is also very important when it comes to accuracy, authenticity and awareness. Since morning, people from media were tweeting and reporting that people froze to death in their cars. That wasn’t what really happened to everyone who died. The videos circulating on the internet and the ones I saw were of the people in the newer models of these cars, so they didn’t really freeze to death. In Pakistan, people haven’t always experienced such extreme winters and therefore, they aren’t really prepared. This is where the media’s role comes in–to make the public aware of the safety information. Those cars were stuck in the snow and traffic jam. Due to extreme temperatures, people turned the heaters on and gradually, they probably lost consciousness due to Carbon Monoxide build-up. The car engine produced that silent killer as the engine was running and the exhaust was blocked. This message has to be spread by the media as much as possible. There was a time when TV channels used to run such safety instructions and public service messages when winters arrived that “one must always turn the gas heater off before going to bed.” This time I didn’t see any such public service message either.

The administration responsible for avoiding such a situation consists of those who have passed this country’s most prestigious exam “CSS”, but still, they couldn’t anticipate the disaster in making. Sadly, they couldn’t even set out a plan to avoid it. Therefore, the army, as usual, had to be called to the rescue. Pakistan Army’s 10 Corps HQ and GOC Murree has been on the ground carrying out rescue operation since the evening of January 7, 2022. Pakistan Army has also established a Command & Control Centre.

Social media is full of anger and rage towards bureaucracy. It reminds me of Prime Minister Khan’s promise of reforming the bureaucracy, but the person working on the task, Ishrat Hussain, has been developing reports on the subject for decades and is still unable to come up with any substantial plan and now it looks like it is beyond his capacity. So, if Pakistan Army can help with floods, snow, drought, earthquakes and literally everything, I think it should be them who devise a plan and reform Pakistan’s civil bureaucracy.

It is upsetting to see that our civil servants can enjoy the latest cars but when it comes to electric snowblowers, electric snow shovels, hydraulic snow ploughs, we don’t have the budgets. Actually, it is less about the budget and more about the priorities. PTI’s government was the first one ever to be launching “Brand Pakistan” and North was the region upon which most of Pakistan’s tourism relies. The government also has to come up with standardized room fares and a monitoring mechanism to avoid the skyrocketing rates in emergencies like we just saw happened in Murree, which caused people more trouble. If we don’t come up with the best of facilities, comfort and safety for people visiting these places, we will not be able to convince the world that Pakistan is open for tourism.

The writer is a TV Presenter and Senior Producer of one of Pakistan’s leading breakfast shows at Hum News. She tweets @Shiffa_ZY. Shiffa Yousafzai.