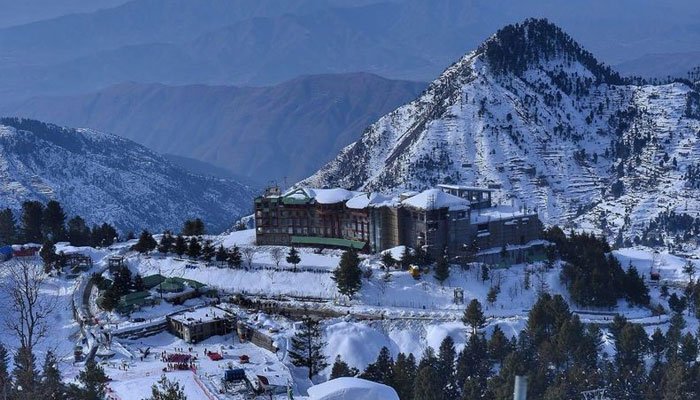 PESHAWAR: The total of 18 people died in rain-related incidents in Khyber Pakhtunkhwa amid rain and snowfall in the province, 46 injuries from roof and wall collapse and land sliding from January 3-10.

More than 109 houses were damaged in different districts of the province, according to the Provincial Disaster Management Authority (PDMA).

However, relief items were distributed among affectees in Charsadda, Karak, Khyber, Mohmand, Nowshera, and Upper Dir, while relief and rehabilitation activities were also carried out in the affected areas.

The weather remained cold and dry in most parts of the province in the last 24 hours, while the Met Office forecasted cold and dry weather for Tuesday.

The rescue operation that was launched after heavy snowfall in Galiyat is still underway as most of the tourists — along with their vehicles — were evacuated from Nathiagali, Dungagali, Ayubia, Changlagali, and other snowbound areas.

The main Murree Road, which was blocked due to landslides at numerous points, was re-opened for traffic.

The shortage of firewood, petrol, medicines, food, and other essentials has made life miserable for people in Galiyat.

Senior Superintendent of Police (Traffic) Qamar Hayat said that Abbottabad-Nathiagali road had been cleared while rescue work was underway.

He said traffic wardens were assisting the rescue operations being carried out by the district police, GDA staff, and Rescue 1122 officials.