With ‘New Age,’ players will focus on battling in a blizzard

* Same was happening with Bablu, Nadir, Rahma and others who decided to dive into the 'New Age' with excitement and enthusiasm 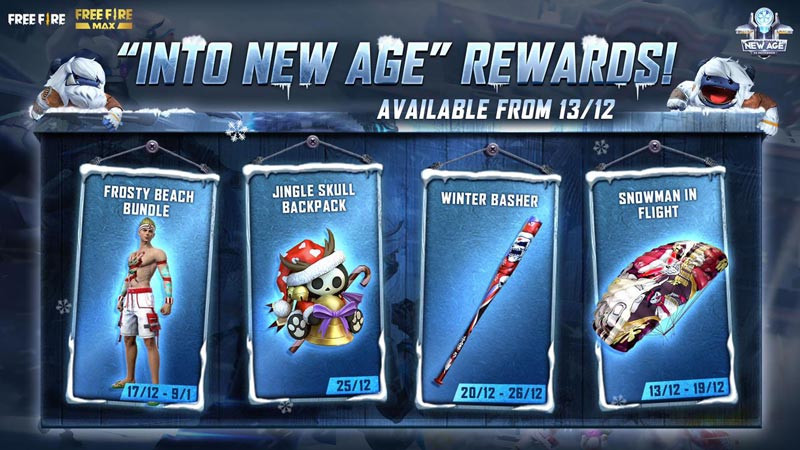 Garena has recently launched the New Age campaign for the Free Fire universe where players focus on battling in a blizzard.

This exciting experience is taken up a notch with an amazing dance challenge followed by a theme song. The challenge will be jazzed up by KOLs who will be participating in this challenge on Tiktok. Moreover, many Free Fire New Age events have been aligned and streamers are eagerly waiting to participate. Many streamers are waiting impatiently to explore the New Age, are you just as excited? Log into New Age on 1/1 and dive into and exciting adventure filled with challenges and rewards. On this day the highly awaited Magic cube fragment will also drop which is an important part of the missions.

Shadi k hazaaron kaam, kabhi khatam hi nahi hote! Same was happening with Bablu, Nadir, Rahma and other who decided to dive into the ‘New Age’ with excitement and enthusiasm. Feeling overwhelmed with work? Take a break! On 19th December Garena Free Fire Pakistan released their creative short film titled ‘Shadi ke kaamon se lein break with Free Fire| New Age Shortfilm’ featuring Zulqarnain Sikandar and the beautiful Kanwal. In Free Fire, you can lead the city, win prizes, explore new modes and also immerse in a completely new map. In this unique short film, you will see how taking short breaks relieves stress and gives a new found freedom and excitement to these people. The months of December and January are usually the peak time for wedding where everyone is bound to get busy in preparing for the upcoming events. But Free Fire Pakistan encourages its players to take some time from their schedule and busy day and log in to the game and enjoy the many missions and rewards that have been developed.

There is a lot more in store for you! Players who make it through exclusive missions will be able to enjoy massive rewards on 1/1. Not only this, the interactive VR experience launched on Monday, that unlocked another level of excitement. Players can expect amazing rewards when they log in daily, hit milestones and also battle out with friends. The developers of the game have announced a vast collection of rewards for the players, many of which have already been revealed. Some of these rewards include the Monster Truck-Snow Cruiser, Frosty Beach Bundle, loot create and vouchers.

The rewards that have already been revealed include the Frosty Beach Bundle, the Jingle skull backpack, winter basher and the snowman in flight. Additional exciting new age items awaiting players include goodies time, the winter land sledge, snow doom and amazing male and female bundles such as the Flake Blake bundle and the Frosty Shawty bundle. Garena has redefined the arena of gamification and is bringing up more exciting experiences for you!