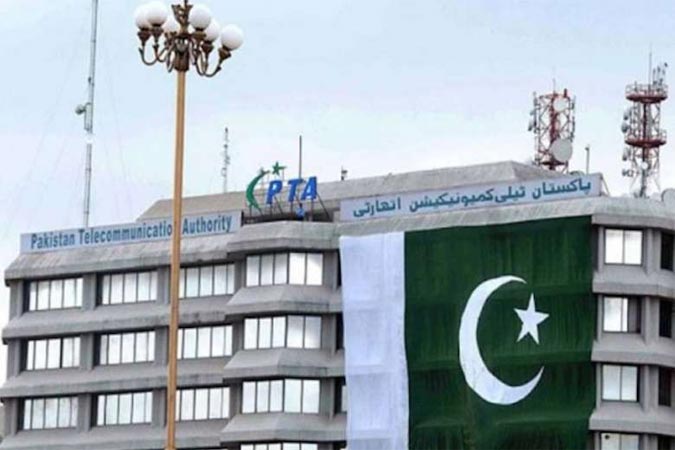 KARACHI: The Pakistan Telecommunication Authority (PTA) announced on Tuesday that it was working to correct a malfunction in international underwater cables.

“In the sea near Karachi, a fault in one of the international underwater cables has been observed, disrupting some internet traffic during peak hours,” the PTA said.

“Work is underway to remove a fault reported in one of the international submarine cables in the sea near Karachi that affected some internet traffic,” it added. 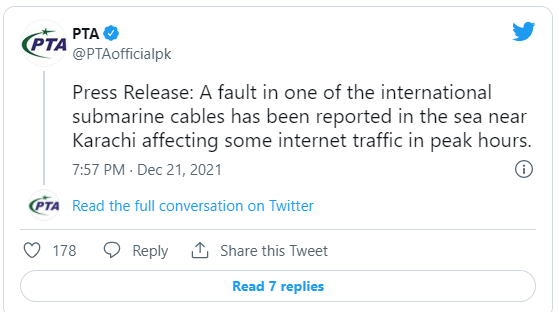 In a statement, the PTA said that authority has directed operators to ensure uninterrupted internet services through alternate routes. 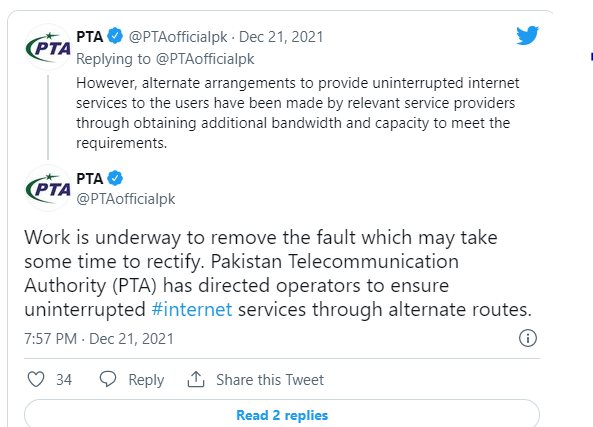 Alternate arrangements to provide uninterrupted internet services to the users have been made by relevant service providers through obtaining additional bandwidth and capacity to meet the requirements, read the statement.

Earlier today it emerged that a submarine cable fault has affected the internet speed in Pakistan.

After the malfunction reduced internet speed by one terabyte in Pakistan, the Pakistan Telecommunication Authority (PTA) began to redirect traffic to other cables.