* Fawad says despite all propaganda, PTI is the real player in the field
* Lauds Ahsan Iqbal, Mustafa Khokhar for calling out Fazl on Sialkot incident statement 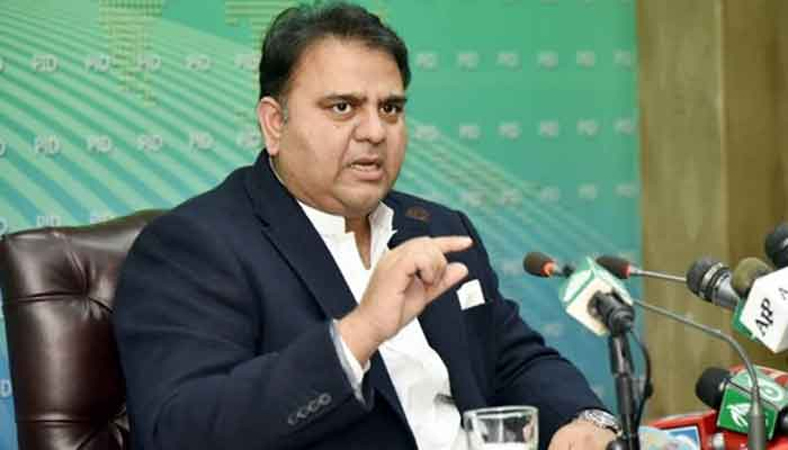 Minister for Information and Broadcasting Chaudhry Fawad Hussain on Sunday said extremely low turnout in Lahore by election has proved that both Pakistan Muslim League-Nawaz (PML-N) and Pakistan People’s Party (PPP) could not win the game even in the empty grounds.

In a tweet, he said despite all the propaganda, Pakistan Tehreek-e-Insaf (PTI) was the real player in the field without which the field was deserted. Separately, Fawad Chaudhry said sports can lead our younger generation on right path through utilizing their potential in constructive and healthy way.

The minister was addressing a presser along with Federal Minister for Inter-Provincial Coordination (IPC) Dr Fehmida Mirza and Special Assistant to the Prime Minister on Youth Affairs Usman Dar.

The minister termed the decline of politics and democracy in country as the reason of decline of sports and said that the Olympics performance of Pakistan was heavily criticized in the past while hockey and squash were almost eliminated.

About the Kamyab Jawan Sports Drive to be launched on Monday, the minister said that around 6000 athletes between the ages of 15-25 were participating in the sports games under this drive for which every division has been declared a region. As many as 3300 boys while 2700 girls are participating in the games and the ratio of girls reflect they are equal partners in sports like politics, economy and other fields.

About the recent incident of mob lynching of the Sri Lankan factory manager, the minister said that the way Pakistani nation has shown its reaction over this incident reflects that they are united in their stance against such extremist and heinous acts and want to cope with. This was the second such incident after the attack on Army Public School on which the whole nation was grieved and ashamed, he said. “The reaction of our nation shows that majority of the people among the 220 million populations are tolerant citizens except few thousands or lacs of such extremist people, which is the ray of hope for us to move forward”, he said.

He said that Prime Minister Imran Khan has conveyed his grief and pain over this incident while talking to the Sri Lankan President and also issued a message after the incident. He said that Pakistan is a progressive country with strong institutions and democratic values. “No country has witnessed restoration of democracy in the way as Pakistan after passing from long eras of dictatorship”.

He said that the way Ahsan Iqbal and Mustafa Nawaz Khokhar responded to the Maulana Fazl-ur-Rahman statement reflect that leadership exists in all the political parties who can realize the severity of the situation and wants to cope with. The minister said that the political process and democracy can only flourish in the country when law and order situation is improved.

Fawad said that the crowd involved in this incident was between the ages of 15-25 and emphasized on engaging youth in constructive and healthy activities like sports.