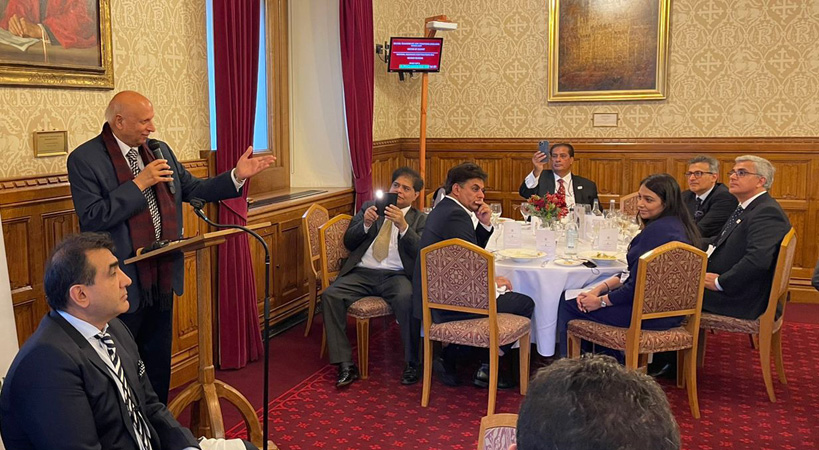 Punjab Governor Chaudhry Sarwar Thursday met various ruling party and opposition leaders during his visit to the United Kingdom, according to a spokesperson for the Governor’s House here.

Governor Ch Sarwar spoke about the steps being taken by Pakistan for peace and stability in Afghanistan, the current situation in the region and other issues including Kashmir and urged the UK government to not only increase aid to Afghanistan but also play a role in providing basic services there.

Starmer and David Lemmy praised Pakistan’s role under the leadership of Prime Minister Imran Khan in the Afghan peace process and eradicating terrorism and promised full support to Pakistan in this regard. They said establishment of peace and eradication of terrorism were in the interest of the whole world, admitting that Pakistan was fighting on the front line against terrorism. The Punjab governor said the Pakistan Army and the Pakistani nation made exemplary sacrifices in the war against terrorism. The success of any country, region or world required the elimination of terrorism. Pakistan had no personal agenda regarding Afghanistan, Ch Sarwar told the British MPs. “We want only peace and stability in Afghanistan and the provision of basic amenities to the Afghan people,” he added.