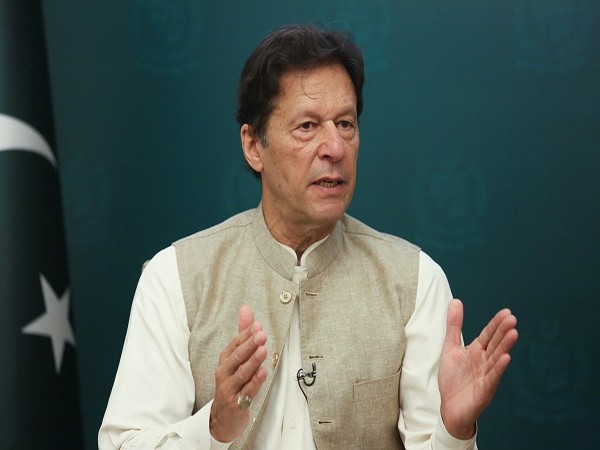 SOHAWA: Prime Minister Imran Khan on Monday stressed reviving the culture of glorious Muslim era where religion and science did not come into conflict, and that also emphasised on the ‘Ijtehad’ (reasoning) to find solutions to the emerging challenges.

He was addressing at the inauguration of academic blocks at Al Qadir University, known as a cradle of knowledge on science and Sufism. The prime minister said a strong faith and moral character was a blessing of the Almighty that guided a person to choose the righteous path.

He said today’s youth was facing confusion in the era of social media that provided unhindered access to western culture. However, he said, that since restrictions could not be imposed on the flow of information, it was important to give “informed choices” to youth by telling them about right and wrong.

To any future incident of blasphemy against the Prophet (PBUH) committed in the world, he said he would encourage the nation to rather demonstrate an “intellectual and reasoned response”.  He regretted that calling someone Kaafir (infidel) on difference of opinion on religious beliefs was a dangerous trend, that needed to be shunned through intellectual debates.

The prime minister mentioned that his government introduced the singular national curriculum to end the unjustified three parallel education systems, i.e, English medium, Urdu medium, and madrassas, that was resulting in creation of ideologically different streams of youth in the society.

He said the objective for the establishment of Rehmatul lil Alameen Authority by the government was to promote the message of Islam in a manner that could be understandable to a common man.  He expressed satisfaction over the pace of Al Qadir University in carrying out academic work in a short span and emphasized conducting research on the golden era of Muslims where its leaders, scholars, and scientists ruled the world.  Imran Khan said universities had a great role to play in this regard and expressed confidence that Al Qadir University would revive the norms of research and healthy debates.

He mentioned that Iqbal’s concept of ‘Shaheen’ (falcon) related to a determined nation with the courage to break the shackles of mental slavery to attain progress.  Imran said Pakistan came into being in the name of Islam and stressed that without following the Seerat of Prophet Muhammad (Peace be upon Him), real prosperity could not be achieved.  He, however, pointed out that the majority of the Pakistani nation, despite being staunch Muslims, had still not instilled the teachings of the Prophet (PBUH) in their practical lives.

He said Islam’s first socio-welfare State of Medina focused on self-accountability and high morals.  Even today, he said, becoming a great nation required a strong moral character with a belief in truth and socio-justice equality for all.  Imran Khan said all Sufi saints of the sub-continent namely Baba Bulleh Shah, Nizamuddin Aulia, Data Ganj Bakhsh, Baba Farid, and others propagated the message of the Prophet (PBUH) that focused on the love for humanity. He said four qualities contributed to a good leader, including truthfulness, justice, courage, and selflessness.

He criticized the previous governments whose leaders looted the public money when came to power. He recalled that at a recent event held in Islamabad, an absconder leader was invited to speak as chief guest, which he termed a ‘height of moral decline’. The moral fabric of a nation gets ruined if it stops recognizing corruption and dishonesty as evils, he added.

Khan said he wanted the nation to attain a “moral renaissance” and raise leaders from within having a high moral character in line with the Seerat of the Prophet (PBUH).  He said the work on the Prime Minister House university was about to start after necessary formalities were carried out in the last three-and-a-half years, which he said would turn into a top technological institute. Later, the prime minister took a round of different academic blocks of the university and interacted with the faculty.