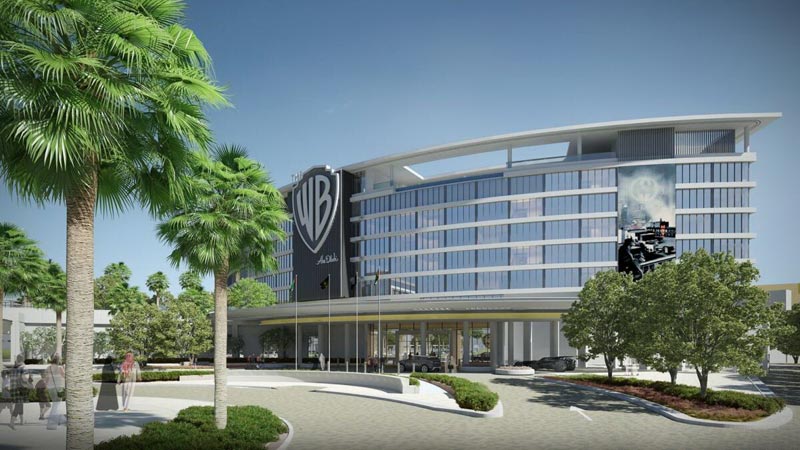 The first-ever Warner Bros hotel is now open – and guests can expect to get room service hand-delivered by Looney Tunes characters such as the Wascally Wabbit himself, Bugs Bunny.

Warner Bros memorabilia fills the hotel. The property is packed with 400 images and film and TV props, including the cowboy boots worn by James Dean in the 1956 film Giant, which reside in a display cabinet, and the all-new Batmobile from the upcoming movie The Batman, which greets guests at the entrance. Also outside are digital screens spanning the height of the building that play ‘original content created for the hotel’. Once ushered inside, guests encounter the ‘Living Archive’ spiral staircase, which houses ‘an evolving collection of items dedicated to the vast depth and history of Warner Bros.’ role in entertainment’.

Along with James Dean’s boots, this archive features Michael Keaton’s cowl from the 1989 film, Batman, and an original drawing from The Great Gatsby.

Themed artwork decorates the walls of each corridor, which lead guests to their rooms.

The 257 bedrooms in the hotel have three unique themes. ‘From Script to Screen’ is the first theme, which highlights ‘standout moments’ from Warner Bros. movies and shows and ‘documents the journey from the written page to the final shot’. Theme number two is ‘Artist Confidential,’ which celebrates the actors and creatives both in front of and behind the camera in Warner Bros. productions. 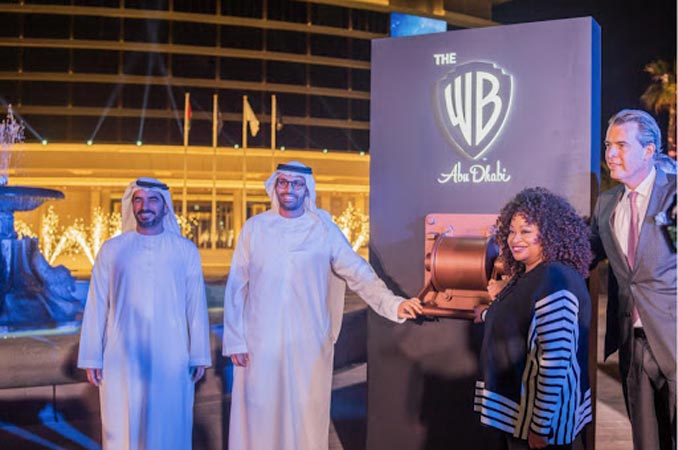 There are five restaurants in the hotel, and in one, diners are accompanied by piano music from the score of ‘Westworld,’ the HBO science-fiction TV show. An international menu is served at the family-friendly restaurant Sidekicks, and guests can enjoy a Mediterranean meal at The Matinee pool restaurant – which boasts a ‘dive-in pool theatre’. Those hoping for an ‘elegant dining experience’ can venture into ‘The Director’s Club’, where charcoal ovens are used for cooking ‘perfectly aged cuts’. The decor aims to ‘reflect the movie scene setting’.

The hotel also features ‘The Overlook’ – a lounge with an infinity pool and 360-degree views of the city and the sea.

The hotel’s Kids’ Club is ‘a vibrant and playful space designed to bring Warner Bros.’ characters to life’. There, characters such as Bugs Bunny and Daffy Duck will be tasked to keep the little ones entertained.

Families can also head to the Warner Bros. store, ‘the Prop Shop’, to nab some souvenirs from their stay.

Pam Lifford, President of WarnerMedia Global Brands and Experiences, said: ‘Our dream has come true with the grand opening to the first-ever Warner Bros. branded hotel. We always strive to be fan-focused and have developed an exceptional hospitality experience for them to further connect with the iconic Warner Bros. brands, franchises and characters they know and love.’ Nearby Warner Bros. World Abu Dhabi features six parks, including DC’s Metropolis and Gotham City, Cartoon Junction, and Bedrock. Each hotel guest has access to the park as well as other Yas Island attractions for every night of their stay.